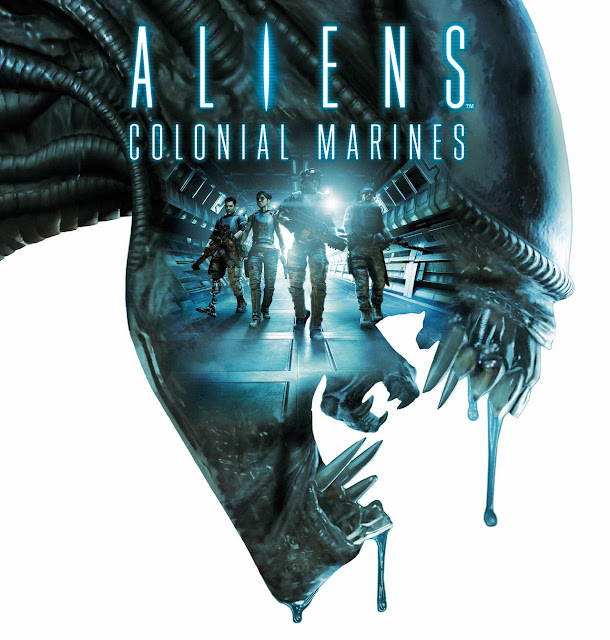 Several weeks after the end of Aliens a platoon of marines head to the remains of the space ship U.S.S Sulaco responding to a distress call from Hicks (the only surviving marine from Aliens). While investigating the ship they encounter not only the deadly Xenomorphs, but also a group of private military contractors working for the Weyland-Yutani corporation who launch an attack on them, destroying both the Sulaco as well as the marines own ship in the progress. Crash landing on planet LV-426 the remaining marines work to reunite their scattered squad mates and find a way to escape the planet. 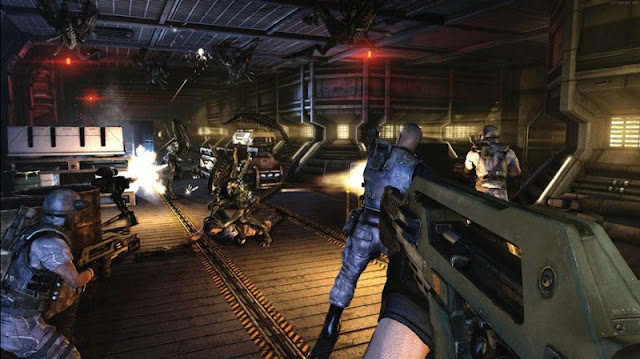 I really enjoyed the game, I thought the atmosphere was fantastic and the locations realistic in feel. I am not remotely the biggest Aliens fan out there so maybe that is why I had no problem with the game. Xenomorphs are in large numbers and tend to swarm towards you, mercenaries tend to hold their ground and try and pick you off from cover. I would say around half the game is you (as Corporal Winter) battling just aliens, while the other half is either you fighting mercs, or later on having a three way battle between both the mercs and aliens. There is no arrow on screen telling you where to go next, or what you need to do to proceed yet I barely ever got lost, always naturally finding the next location or switch to pull, something the Call of Duty series could learn from!

For the majority of the game you have A.I squad mates with you, they are competent at attacking enemies even if their weapons appear to be weaker than yours, and on occasion they irritate (such as when you have to remove a petrol pump from a ship, they seem to be doing nothing as you come under continuous assault). They cannot be killed though which is ace and provide some decent dialogue between each other and you. I had heard the script was awful; full of stereotypical hoo-rah! type meat heads but the marines actually have respect for each other, as well as females, with a third of the cast females (including Ashley Burch in a lead female role) I expected sexism but no, marines do on occasion shout at each other, but in a twist actually apologise and don't just berate each other to the point of unlike-ability. Plus there is some genuine humour injected into things such as the running joke of one of the marines being referred to as 'nugget' by his squad mates. 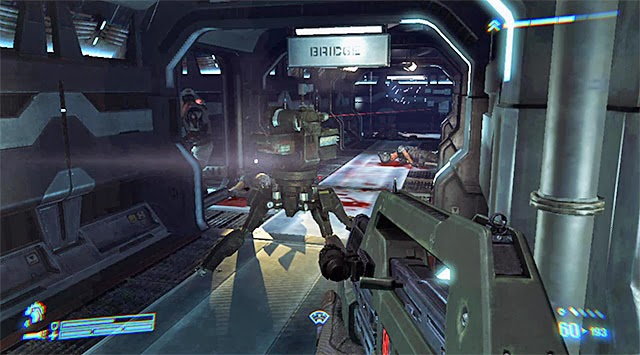 Combat against the enemies is pretty fun, I only really used the one weapon (plasma rifle) as swapping between weapons is super fiddly and annoying to do in the heat of combat. You have the iconic motion tracker which was cool to see, even if a bit pointless. There is a light RPG element in that you level up and get skill points to unlock new features for your weapons. To split up the action of roaming dark corridors and landscapes there are several sections where you have to lay down automated turrets and hold out against a barrage of alien attacks, tense and makes a good change. Another section turned the game into pure horror. Weaponless, alone and in sewers you must sneak past your blind foes using the scenery to cause distractions. I never got bored of firing the iconic weapons from Aliens. Lending replay value there are audio logs and dog tags hidden in levels, as well as 'legendary' weapons.

Death scenes are annoying, a bad effect used that irritates and is hard to describe, also check points on occasion can be very mean, forcing you back quite a way. Enemies have a tendency to ignore the A.I and head straight to you which I did find to be a pain, especially during the previously mentioned petrol pump sequence. Back on the subject of A.I they routinely get teleported ahead of you, I lost count of the times I would open a new door to see a group of people and immediately fire on them, not realising it was my pals bizarrely teleported by the game, takes you out of it a bit, this goes for ammo and armour that also has a tendency to be warped in, suddenly showing up next to you. Boss battles are infrequent and apart from a buggy fight against a giant alien in a mech suit thing (you know, the yellow machine Ripley uses to fight the Alien Queen in Aliens) are not too bad. 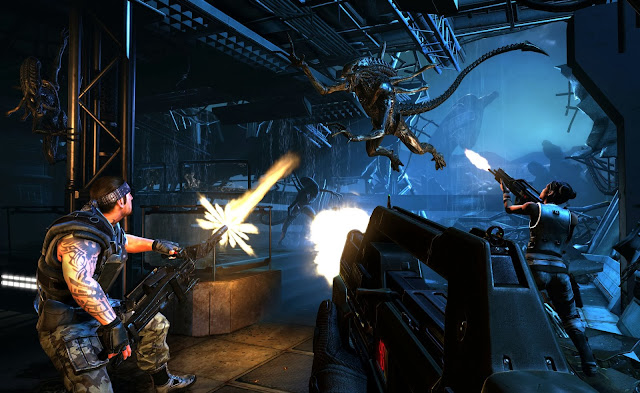 The game does feel like it needed some more polish, enemies clip through obstacles, I sometimes got stuck on scenery and at one point the weapon select option flat out refused to work leading me to check to make sure my controller was working properly. Regardless of all the bugs though I had a stupidly fun time with Aliens: Colonial Marines, maybe as it only cost me a fiver I was more able to see past all the flaws. I feel like I'm missing something that everyone noticed, but I cannot say this is a bad game, far better than the very average Aliens vs Predator. Well worth playing, only just missed out on getting an 8/10 from me, and with my new harsher marking system that is saying something.