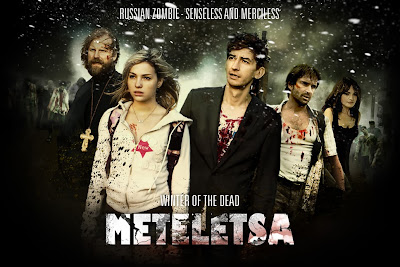 My aim this week is to desperately bash out reviews of each of the 5 films I saw at this years UK Festival of Zombie Culture before my ageing brain overwrites my memory of them. Already they are starting to slowly blend into one, like soup...yes, like soup. Meteletsa: Winter of the Dead is Russia's first ever zombie film. As a bonus for the five films watched there shall be a brief second opinion after each review by guest blogger Lucinda.

A snow storm hits a City in Russia, this wouldn't seem strange but for the fact it is the middle of Summer and that the arrival of the storm coincides with the outbreak of zombiegeddon (somehow, inexplicably related). Soon Konstantin a journalist in Moscow to cover a protest is on the run from undead hordes, teaming up with a young girl who happens to be the daughter of a ruthless local tycoon; Khan. Meanwhile the cameraman Konstantin was due to meet gets caught up with the scary Khan and his men and is roped in to film the businessman's efforts to save the town and seize power allegedly in the interests of 'the people'. 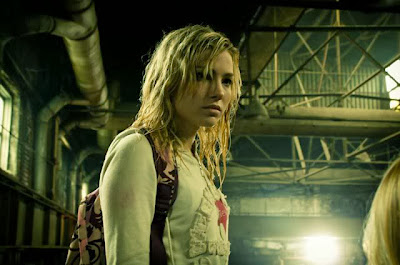 Influenced by the likes of Dawn of the Dead Meteletsa seeks to give some social commentary with its zombie action. Khan says what he is doing is for the good of the people but in reality he is using the outbreak as an opportunity to take out his political enemies. An early scene in which he gives a speech to the camera about how the local government has failed the city and how he is going to go sort out the trouble and restore order is a good indication of his selfless drive. His drive for power comes at the expense of his own family, often inadvertently putting his daughter in danger to achieve his goals. He is not much more than a thug in a suit but steals the film with his twisted motivations.

Being a 2012 film there is a lot of CGI used, unfortunate as it never looks as good as real effects. Digital blood sprays are no substitute for real gore, thankfully many real props are also used, dead bodies really look dead with missing limbs, heads crushed and general mayhem appearing to have been done to them. The film is also quite large in scope with lots and lots of zombies being used, often of the running variety. The zombies for the most part are coated in blood which was cool to see. 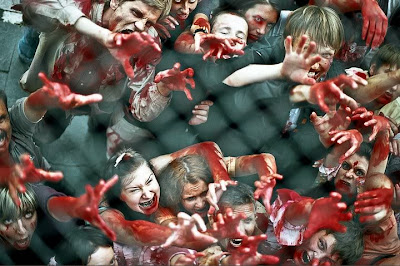 The plot has been done to death but has some actually quite good characters in places, as I said Khan is great, while later on a battle priest armed with a huge fire axe makes a good impression, racking up a crazy body count (one sequence in which he was in the background hacking up zombies was hilarious due to the amount of severed heads flying everywhere!). The journalist is not great, nor is the Kahn's daughter, both completly forgettable and acting like idiots. A traditional hero character is introduced in the form of Captain Igor Knyazev but his good looks and earnest actions made him immediately irritating, nothing exciting at all about him. Being in Russian with subtitles it is hard to gauge the vocal acting ability of many of the cast.

Meteletsa is by the numbers in general but has some good ideas. Parts of the film shot from the cameraman's perspective where interesting and sneaked in found footage to a more traditionally shot film. Despite the almost clinically clean look to the mayhem and lack of many new ideas it isn't a terrible film and could have been far worse. Plenty of great looking zombies and plenty of violence and people being eaten and killed. 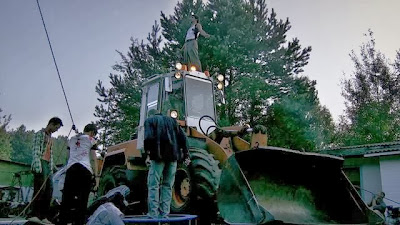 Meteletsa: Winter of the Dead may not be the most unique film out there but does its job. Now if you think this was a lot of words about nothing just wait until later in the week when my memory has totally faded!

Watching the first zombie film out of Russia was certainly an experience from the beginning. I felt so sorry for Zombie Ed (the festival organiser) as there were a few technical issues that made the film suddenly stop and start. This made it hard for me to get into if I'm honest.

I really did enjoy the film though, the priest totally stole the show for me. It was comical at the amount of decapitated heads he managed to amass. He really was a bad-ass mofo for a religious man.
Posted by Daniel Simmonds at 12:25