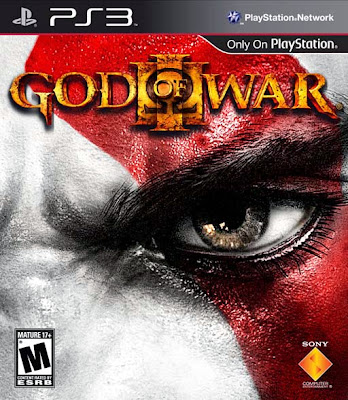 Finally I have finished my quest to play through all God of War games in chronological order! I must admit by the end of God of War II I was feeling pretty worn out with that particular style of game. Regardless of all that I jumped right into this one hoping the vastly better graphics would spur me on to excel.

Taking place immediately after God of War II you as Kratos; the fallen God of War are assaulting Mount Olympus with the aid of the Titans. During your climb you are attacked by Zeus (the whole reason for the attack on the mountain) and cast down to the Underworld. Now you must once again climb to the top of Olympus, dispatching Gods left, right, and centre as you go, searching for the 'Fire of Olympus' that will give you the ability to finally destroy Zeus. 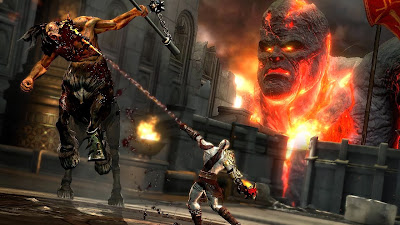 A lot better looking than most the previous games it was a joy to get crisp graphics back even if locations tend to have a plastic sheen to them which was a tad strange. By this point, and I'm sure it was a combination of both my crazed mission  and the God of War formula but things got a bit dull at times. Dull is the wrong word, I guess just a bit predictable. There are only so many mythological figures to encounter and fight and I pretty much did it all.  Most the enemies return from previous games, so you get your snake women, zombie soldiers, cyclops, centaurs, and others. All fun to battle but not many new enemy types with the exception of cool stone statue men and packs of scorpions (as well as Mama Scorpion for a fun boss fight). Talking of bosses the ones here are real fun, as per the plot the bosses are many with various Gods out to get you, from fighting Hades in Hell, to fighting Poseidon whilst clinging to the back of a Titan all are multi-staged and fun to do, always leading to a bloody finale. Best boss of the game goes to Hercules though, so satisfying, though fighting a gigantic Titan was a very close second!

As with all the other games this is a third person adventure game with plenty of puzzles of the switch pulling and block pushing variety. This time around you get access to five different main weapons. The Sword of Olympus can only be used when your rage metre is built up. As well as that you get your chain blades as per all the games, as well as some soul hooks, electric whip, and my personal favourites; giant metal gloves that are super powerful. Each weapon type has it's own magic type and as well as these you get access to God powers as you progress. These include the light of Helios (his screaming severed head) as well as a darn useful magical bow, and super speed to top things off which can be used both in and out of combat. Kratos still has the ability to glide so this is incorporated into some of the larger open areas. 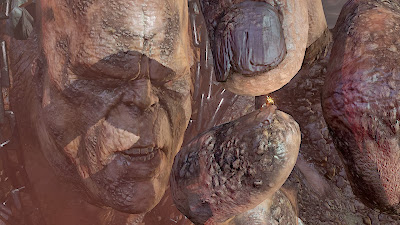 God of War III starts off epic but when you have plummeted to the Underworld the game reverts to normal level design, not very exciting but does the job. This is a more traditional Underworld than the flames and skulls of previous ones. A lot of the game also takes place in Olympus itself with the remaining section being set in a huge suspended labyrinth halfway between the two. The sections where you go between the various locations are always fun as you are either flying up or falling down a vast tunnel with plenty of fireballs and wooden platforms to avoid. Labyrinth is the main dungeon of the game and while it is very simple to get through it is a uniquely designed contraption that reminded me a lot of the Cube film.

The most violent God of War yet, there is so much other the top gore with the bosses themselves getting the most pain, Hermes for instance having his legs hacked off, while Hercules has his head bashed in until it is a mushy pulp. One QTE events sees you beating someone until the screen drips red with blood, the QTE itself is never ending, was only after a few minutes of frantically tapping the circle button that I stopped and realised I could have finished at any time! The death of the Gods have vast negative impact on the world, with various plagues and curses being released. By games end the world is truly messed up. 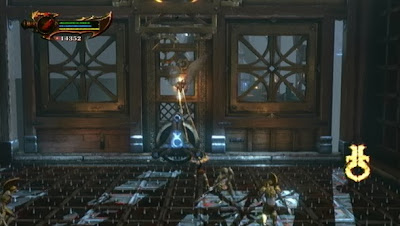 Kratos is an angry guy, and a selfish one as well, so determined to kill Zeus that the destruction of the world means nothing to him. I actually felt bad dispatching the Gods, they are just trying to protect their world. One part of the plot I really did enjoy though was the many references to all the games that came before, even references to the PSP Chains of Olympus appear in huge numbers. For someone who has done all the games in a row this was a nice treat to get so much fan service.

All in all God of War III was a well crafted end to the series, it did not do anything radically different, but it did look great doing business as usual, and for a series as base as this that is no bad thing.

Posted by Daniel Simmonds at 07:12