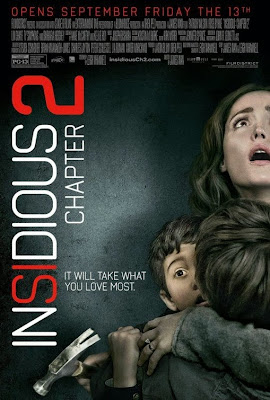 I really enjoyed Insidious when I saw it a few years back, it felt really fresh compared to all the rest of the Paranormal Activity style of films, though to be honest when it came time to watch this sequel I realised I could not actually remember much of it. I meant to read a plot guide for the first film before seeing Chapter 2 but I forgot...I kinda wish I had.

Insidious: Chapter 2 takes place right after the end of the first film (more or less). Josh Lambert and his wife Renai have taken their kids off to stay with Josh's Mother...only it soon becomes apparent that it is not Josh, he is still trapped in the place that lost souls dwell; The Further. An evil spirit has gotten control of Josh's body. This is quite bad news for all involved and with spooky goings on continuing, but now at the mums house something needs to be done. While Renai is slowly realising her husband is now in fact not him, his mother meets up with the comedy duo from Insidious; paranormal investigators Specs and Tucker. Together with another medium they start to investigate to work out who is controlling Josh's body. 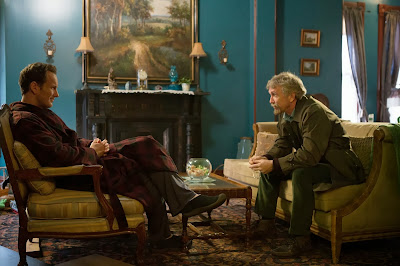 This is a sequel in the true sense of the word, it features all the same characters, plot points from the first film are deeper explored and there are many references to those events, even key scenes shown from different perspectives. The plot was really interesting, the spirit possessing Josh was quite a fascinating thing and the Scooby Doo like search by the psychics led to a lot of interesting locations. One thing Chapter 2 is not though is scarier, the most spine tingling moments were directly at the start and end of the film when the title card shows on screen in huge red letters while violins screech to ear bleeding effect. It still all looks fantastic but is less special than it once was, The Further seems more empty and void of scares, though it is cool that we got to go back to that Silent Hill type land. Possessed Josh is ok, but a ghost in a human body is not that creepy, it is super obvious from the start that he is not himself, his over the top rage reminded me a lot of the possessed villain from the 'classic' Pet Semetary Two.

Characters are ok but where before Specs and Tucker were a perfect contrast to the horror here they have become too comedic, sometimes it is just too much. One scene where large Tucker stumbles around before passing out directly on top of a prone Specs had me rolling my eyes, their comedy here is unwelcome at times, maybe due to the film as a whole not having the scare factor that came before. Patrick Wilson in his duel role as Josh and possessed Josh is in fact quite entertaining to watch and the ghosts are sometimes effective, other times just irritating. Sometimes things that happen in the film do annoy though, the time it takes people to realise Josh is not Josh, characters escaping doomed situations with no explanation (someone last seen trapped in an abandoned house by a vengeful spirit is next seen in broad daylight happily jogging up to a car) and why Dalton is going back to school so soon after being in a long coma is a mystery! 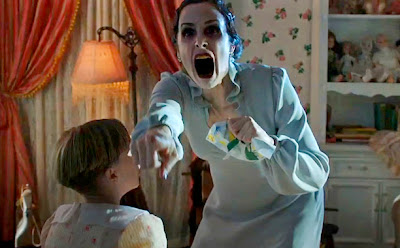 While I was worried there would be no new ideas here I was proved wrong, but unfortunately it lost it's unique feel. With events set up for a third film I look forward to see what comes next just hope it doesn't go down the rabbit hole that the increasingly bland Paranormal Activity seems to have fallen. Insidious: Chapter 2 works well as a follow up and is certainly interesting.