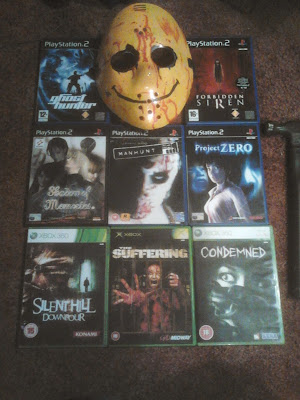 Happy Halloween from a very tired Rotting Zombie. You may see from the photo above that there were at least 8 games yet only 5 are actually discussed in any detail. This is thanks to a real nightmare happening of Blogspot deciding to crash deleting over an hours worth of work despite reassuring me it was saving constantly. I am very exhausted and cannot bring myself to waste another hour redoing so will just skip over the games that were tore away from me.
Below is my Top 10 most under-rated videogame that I own (apart from 9 and 10 that I used to own) 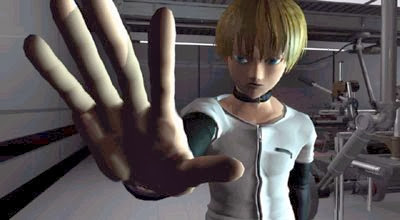 Teen boy killing people with the power of his mind in a pre rendered survival horror. Can be frustrating a times and I admit I never actually completed it. 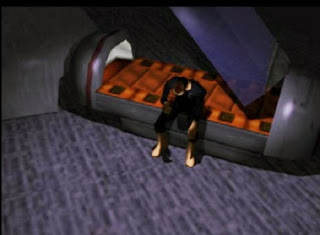 A terrible looking game with atrocious controls. Luckily there are only 3 enemies in the entire game to fudge your way past. Great Sci-fi tale concerning zombies, amnesia and a vast deserted underground facility. 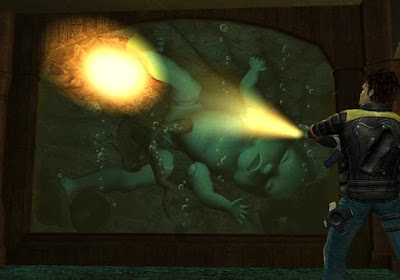 This PS2 game kinda fell under the radar a bit. Now I have only actually played through this once so its inclusion on this list is a bit sketchy. From what I remember you play as a Police Officer investigating a crime scene when you somehow end up freeing an evil spirit. Different portals open up around the crime scene that take you to different haunted locations around the globe. The variety of the locations was what really stuck with me as there is no introduction or clue as to where you are so it is up to you to discover. I recall an early level set near New Orleans out in the swamps that featured a creepy wooden house full of possessed Teddy Bears. Each location had its ghost types and featured some giant bosses (though I remember the camera was dodgy).

What stopped me ever replaying Ghosthunter though was the terrible last level of the game, bland and featureless it just felt like the designers had run out of money or ideas and was a poor end to an otherwise really interesting game. I also recall the ghost of your deceased wife helped you and was controllable at points in the game which was fun. 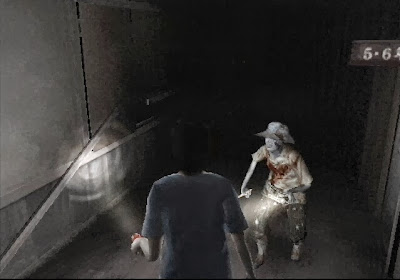 You play as a variety of different people trapped in a village under the curse of a blood rain that turns all it touches into demons. Powerless for the most part you can use a special ability that lets you see through the ghouls eyes. Very hard and obscure with its puzzles but frightening. 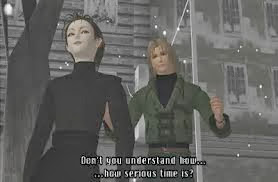 Shadow of Memories is a combat-less adventure game that starts with your characters murder at the hands of an unseen assailant. You awake in a strange dimension where a creepy creature tells you that he is able to send you back to the day you died in order for you to change your destiny. Destiny is not that easy to dodge though and each time you avoid your murder you soon are dispatched via a different means. Each chapter has you trying to prevent your death as well as travelling through 4 different time periods of the German town you are trapped in; the 1600's, 1901, 1980 and present day. Slowly you unravel the mystery of why someone wants you dead.

Featuring 7 wildly different endings depending on your actions throughout Shadow of Memories is a surprisingly chilling race against time that had a lot of replay value and features clever use of time travel paradoxes. 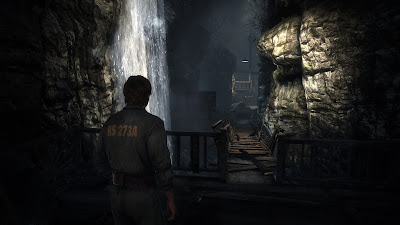 The most recent game on my list and one that I just don't understand why it scored so averagely. I am a huge fan of the Silent Hill games but even I found Silent Hill: Homecoming to be bland, by the numbers. Yet from the very first intro cinematic I was hooked on Downpour. It is true the poorly implemented tutorial sequence is off putting but persevere and you get an interesting tale. Playing as convicted criminal Murphy Pendleton you are being transferred to a different prison when the prison bus crashes and you make your escape to a nearby town...that just happens to be the cursed Silent Hill. As is always the case you are forced to confront your hidden demons.

The locations such as the orphanage and public library give some decent chills while the ever present local radio station run by a DJ trapped in the town gives scene specific licenced songs that I though was a nice touch. The over world sections in which the town twists and morphs into hell on earth were also very well done. Locating a beating human heart in a monster filled maze of a basement is not an experience I will soon forget.

My only real complaint other than the tutorial was that for all the many fun side quests you get given they all result in frankly rubbish rewards. 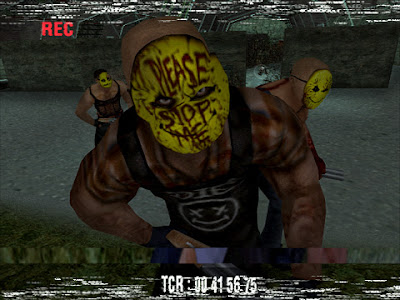 You play as James Earl Cash; a man forced to participate as the star of a brutal snuff film, following the orders of a crazed Director who pits various gangs against you such as white supremacists, survivalists and crooked cops. Very violent, stealthy and inventive, a real exploitation feel to it. 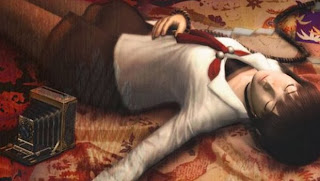 The scariest game I have ever played. A young girl trapped in an old mansion in the mountains of Japan. Her only defence against the ghosts is a supernatural camera. So scary, even steals scenes right of The Ring 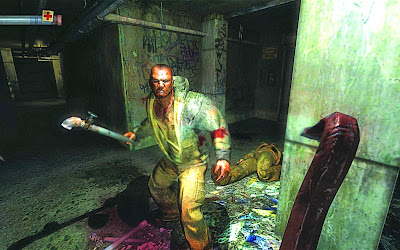 Despite being a launch title Condemned is still one of my favourite games on the 360 and is very scary at times. It is a first person survival horror in which you play as a homicide detective on the hunt for a serial killer. Early on he frames you for the murder of a fellow office and so begins a crazy chase around the most derelict and dare I say it condemned places in the city, battling hundreds of insane, murderous homeless people along the way. Rather than be gun focused most the action takes place with melee weapons that you literally rip off the walls, items such as steel pipes, wooden boards, and even mannequin arms become your best form of defence against the brutal enemies you fight.

Starting off bland the locations soon come into their own, highlights being the abandoned shopping centre, still decked out in full Christmas gear, and the claustrophobic library, closed due to a severe fire; creepy as all hell.

There was a sequel but it was a shadow of its former self with the fear removed and the plot explained in such intense detail that all the mystery was swept away. How Condemned 2 managed to make not only a visit to a doll factory mundane, but also even managed to make being chased by a zombie bear a snooze fest I just don't understand. 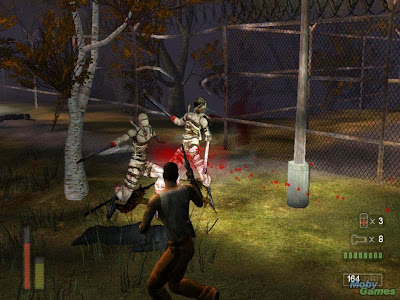 One of my favourite games of all times and one that I can't help but play through in a single sitting every single time I dust it off. People laud Bioshock for its sense of place yet The Suffering is the definite article. Set on the prison island of Carnate you play as Torque a man on death row for the murder of his wife and child. One night the island comes under vast supernatural attack and Torque finds himself freed from his cell. With the sole aim of finding a way off the doomed island he sets out to battle the legions of hell.

A morality system is in play that lets you help or hinder the people you encounter and gives you an ending based on your actions. An early example is a inmate strapped to an electric chair, the option is left to you whether you kill him or not, more extreme examples include a man with all his limbs removed begging to be killed, a bullet to the head actually counts as a good action. The island has a rich back story that is told via notes written by a wife of one of the wardens. Slavery, witch burnings, cover ups and barbaric experiments on the mentally ill, all have taken place through the history of the place and the great concentration of evil has given forth to creatures that are embodiments of the evils done. For example in the prison you get monsters with syringes for fingers; the embodiment of lethal injection, the grounded ship you find later is surrounded by bloated creatures whose stomach explode when killed to release hordes of rats; the embodiment of the slaves left to die by a greedy captain.

As is sadly often the case a sequel was created: The Suffering: Ties that Bind that despite a very strong first 10 minutes falls into disaster with a terrible plot, stupid changes to gameplay and recycled enemy types that are lazily slotted in (the lethal injection monster now rebranded as the embodiment of drug abuse instead for example).

So there you have it, my spoooooky Halloween horror list. Thanks for reading and once again...
Happy Halloween! 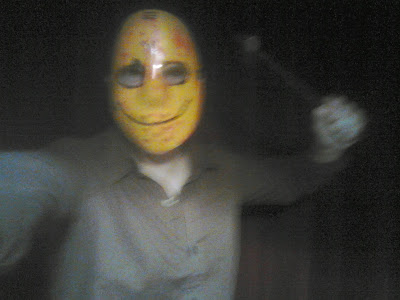 Posted by Daniel Simmonds at 13:44