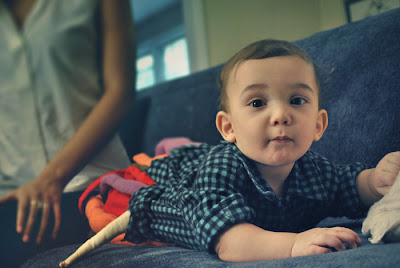 I got sent an email last month about a Kickstarter for a baby Halloween costume, there is around 30 hours left on the it, and it has achieved its goal so Zombabiez is going to be a thing. It is a torso only costume that looks fun and is totally non violent looking while giving an oddly cute look.

Designed by Stephanie Davidson a recent graduate of the Rhode Island school of design the costume consists of a chequered shirt on top with entrails dangling down all around on the bottom half. The entrails are all primary colours and completely inoffensive and the baby in the Kickstart video seems to like chewing it a lot. Davidson stated she was sick of Halloween costumes for babies being too cutesy and with her love of horror and zombies decided to create her own idea. 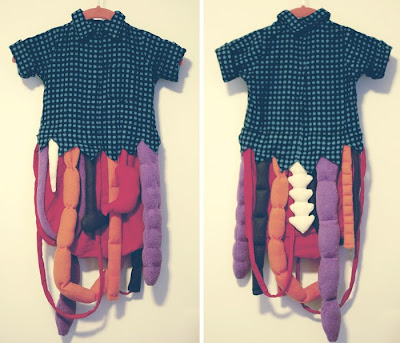 While the costume is neat it immediately got me thinking of how a more realistic version could be used in zombie films! I will never get bored of zombie things, which is good seeing as my blog has zombie in the title! You can visit the Kickstarter page here if you are interested in it, has a fun zombie video which is well made as well as more of the process that went into creating this undeadly cool costume.
If you are after more cool Halloween style things then check out Shutter Bombs interesting article Halloween Smoke Bomb Photography - Take Amazing Photos.
Posted by Daniel Simmonds at 10:17

the halloween costumes for babies was simple but den its cute.

I was browsing about Baby halloween costumes and I found your blog which is quite interesting. I do hope it's okay with you if I pin them on my Pinterest board. Thanks for sharing!