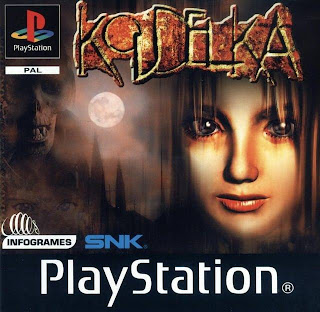 Here is the inaugural Brain Bite special! There is so much stuff that I would like to review on my site that I have already played, read, watched or listened to and being the busy man I am don't have time to re-do. So Brain Bite Specials will be reviews with a difference. They will be reviews based on my shady recollection of events and will reflect the impressions I have stored in my brain of said product. Whew, with that lengthy introduction over onto the first Brain Bite...Koudelka on the Playstation.

Koudelka came about during the golden age of survival horror games where Resident Evil and Silent Hill were on their rise to power. For this game though something different was tried; to combine survival horror with traditional RPG mechanics. 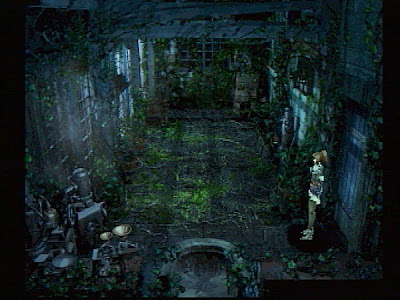 A young woman arrives at Nemeton Monastery in Wales at the end of the 19th Century. After breaking in she finds a man who is fatally injured and proceeds to heal him using magical powers she has. They then encounter the caretakers of the Monastery; an old man and his wife who act benign but secretly poison the soup they offer to the pair. Memory is shady and I never actually completed the game but there are lots of ghosts, demons and creepy locations. Interestingly Koudelka takes place in the same universe as the fantastic Shadow Hearts games and has a character from that series show up (the Shadow Hearts games take place on an alternate Earth during the 20th Century where magic and monsters are common place things).

The game looks great featuring lots of FMV cutscenes and beautiful for the time static fixed angle rooms (think Resident Evil) and is an eerie game, unfortunately the RPG mechanics are what let the game down. You have control of 3 different characters; Koudelka herself who has access to magic, the guy she rescues at the games start who is armed with a gun, and a priest (if my memory serves me well) who can regain courage points in battle by drinking from his hip flask. Battles are random and take place on a grid. Unfortunately these battles are ridiculously tough, I always got badly beaten up even when I won meaning a lot of the time I was stressed as I explored the locations as healing items and save points are few and far between. Survival horror games while scary are also about the locations, the fun and fear you have exploring them. If your being plunged into a nightmare hard random battle every few minutes then exploring environments for items and story becomes a chore. 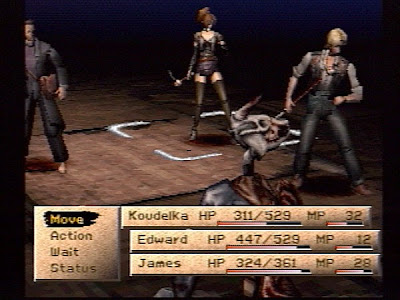 The experimentation with RPG elements failed basically. The random battles are as tough as nails and ruin the experience. While it is good to see they improved this loads with the Shadow Hearts games it is a shame that the inclusion here of these stopped me getting to see the whole game.

Check out the trailer below to get a taste of what the game looked like. Still think the non FMV bits look good.