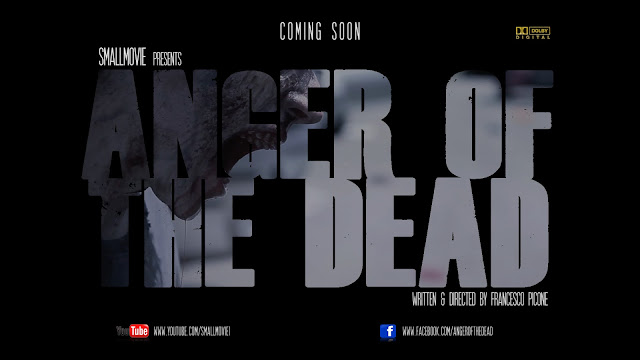 Another short blog post for today. In the time between this and my earlier post about Bombshell Bloodbath I have gotten sun burnt on my yearly excursion into the outside world. Don't know much about Anger of the Dead, maybe I should just skip doing news posts!

Anger of the Dead is a short zombie horror film by Francesco Picone that is due out any time now. Apparently it takes place between now and a post apocalyptic future where the undead roam the world, described as a horror drama.

You can check out the Facebook page for Anger of the Dead here. There can never be enough zombie films.