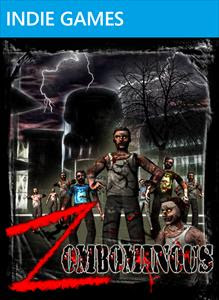 I need to clear space on my 360's hard drive so I delved back into the horror of the Indie channel to play some more zombie games. I was not expecting much thankfully...

Zombominous is quite a mouthful of a title. It has you as your avatar in a zombie over-run city where two towers under construction stand that house human survivors. Armed with a baseball bat each level you have to protect the humans from the attacking zombies. 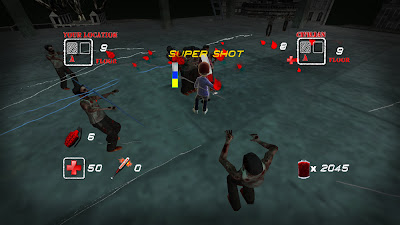 This game is pure garbage! It is a third person game that looks terrible, has no music and very limited sound effects. Your baseball bat is very awkward to use, you have a ridiculous jump button that propels you forward and the controls in general are rubbish. This may well be one of the worst indie games I have played on the 360. Nothing to recommend it at all, a boring waste of space; avoid like the plague!

Posted by Daniel Simmonds at 08:34