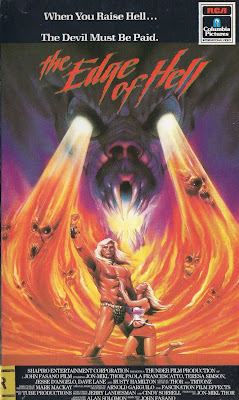 I used to have a friend who would put this film on constantly as background noise, it looked very cheesy and I watched enough to find out the twist but never paid much attention to it. One day she chucked all her VHS tapes out, as in literally chucked them out, they were all in black bin bags outside her flat. Knowing she had some awesome horrors in her collection I rooted through the bags in the pouring rain and liberated a few including this gem. The Edge of Hell is known in America as 'Rock 'n' Roll Nightmare' just so you know.

After a opening sequence in which a family are terrorised by a demon/zombie thing living in a cooker a glam rock and roll band turn up at a house and barn to record some new material for their forth coming album.  The band is called Tritan and is led by singer John Triton (played by Jon Mikl Thor who also wrote all the songs for the film). In between band practice and a glut of sex scenes the group are slowly picked off one by one by demons until just Triton is left but that's when the twist comes in... 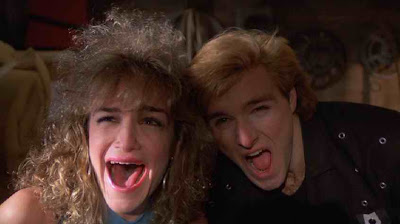 Sometimes films are so terrible that they are fantastic. Manborg did that, but then Manborg set out to do that as its goal, with The Edge of Hell though I think it must have been purely accidental what with it being a film of the 80's. It was filmed in a week for starters, just 7 days and the actors if you can call them that are hilariously terrible, very wooden, my favourite being the 'English' drummer whose accent makes me think he had never heard an English person speak before! When demons appear the usual course of action is to stand still and scream until killed, usually the demon starts off quite some distance away so is funny every time this occurs.

The demons in this film have to be seen to be believed, a load of hand puppets for the most part, and latex effects, quite hilarious. The end sequence in which a load of flying starfish monsters attack someone is astounding as the victim holds the pathetic looking things onto his skin and wrestles with them as if they had latched on. Spoiler! - The big demon at the films end is hilarious and features in one of the most pathetic good vs evil fights I have ever witnessed. After some weak school boy grappling it gives up and retreats back to Hell. The films epic showdown can't help but be one sided as it appears no one is actually puppeteering the monster at all. 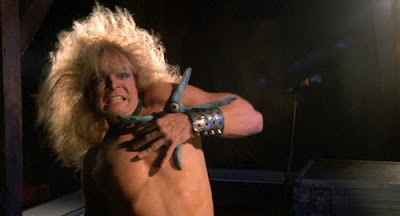 Now Jon Mikl Thor was reportable a big glam rock star of the 80's so it is no wonder the film is full of sex, drugs and rock and roll (well actually no drugs, one of the films messages is only monsters do drugs...or something like that). It often feels like one big music video with the group listening to rock music whenever they are not playing and have two entire songs they themselves play in the film. A lot of sex scenes, very badly done, funny at times, other times awkward. Worst sex scene goes to Triton and his girlfriend in a shower, they stay bizarrely dry for the most part and interact like two people who have never seen another human in their life.

I loved this film, it is hilarious with some pitiful acting that made me smile like a loon. Definitely a film of its time, well worth a watch! 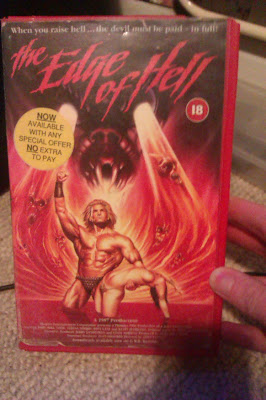 Posted by Daniel Simmonds at 06:25