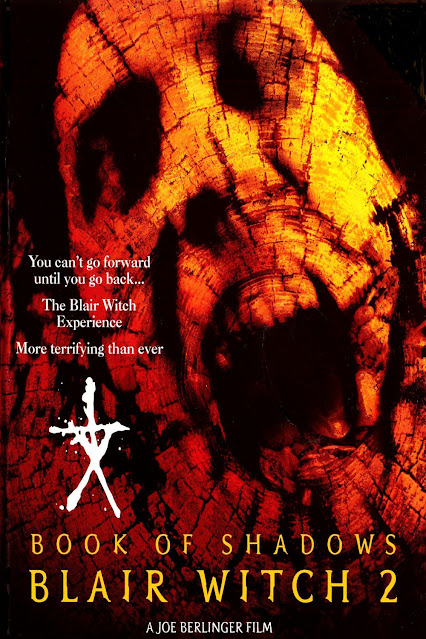 The Blair Witch Project made the 'found footage' genre of horror films mainstream, everyone knows the iconic premise of 3 teens vanishing in the woods and a year later their filmed footage being found. The sequel wisely ditched the found footage aspect, a move that the Paranormal Activity films should have taken long ago.

After the worldwide success of The Blair Witch Project, the town of Burkitsville whose woods that film was filmed in has become a tourist trap with thousands visiting the area much to the anger of the local townsfolk and most specifically the long suffering Sheriff . One such group arrive to go on the 'Blair Witch Tour' led by local resident Jeff. The plan is to go into the woods and visit the locations used in the film. They set up camp at the ruins of Rustin Parr's house. After a run in with a rival tour group they decide to stay up all night to ensure the group don't return to cause them more trouble. The next morning they awake to find chaos. All their cameras have been destroyed, and the work of researchers Stephen and Tristen has been torn to shreds and raining down like snow over the group. With no memory of what occurred in the night the group head to Jeff's wood side house to go through their tapes and discover what happened during their missing hours. This is just the start of their nightmare... 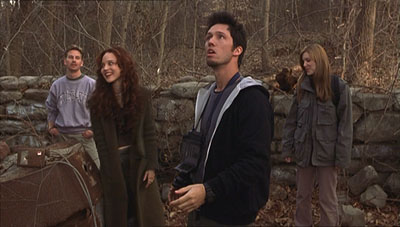 Why all the hate people? I have only ever met one other person on this planet who loves this film as much as me, it is no joke one of my favourite films of all time. I wasn't that big a fan of Blair Witch, it was ok on the first watch but repeated viewings it lost it's impact. Not so for this sequel, every time I see it I see something new. The film much to director Joe Berlinger's anger was vastly changed on the cutting room floor creating a really chopped up, messed up feeling. Throughout the film there are quick shots of vicious murders as well as scenes of the future with the group in Police custody. As it progresses clues unravel to the events that have happened.

The key hook of discovering what has happened to the group in their missing hours is a great plot device that creates some genuine creepiness and has a great pay off. Though not a found footage film it still has plenty of handheld cameras, as Jeff comments at one point 'cameras never lie'. The whole mystery of the film is left to viewers interpretation. That the group are newly met and don't know each other leaves ambiguity for just what sort of people they really are, lot of mysteries! 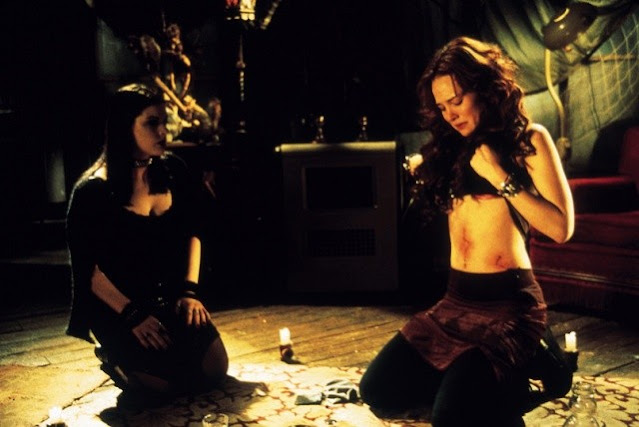 Now there are some pretty terrible effects used I must admit. The ghostly children who appear throughout the film have terrible makeup on them, the scenes of violence don't look that great either but the locations are fantastic. The woods are used sparingly with most the action taking place at Jeff's house that is a converted mill. This place manages to be more creepy than the woods themselves, would love to live somewhere like that! Special mention has to go to the soundtrack. The introduction with Marilyn Mansons' Disposable Teens playing out as the camera sweeps over the woods inter cut with close ups of people being killed is genius, other tracks such as Queens of the Stone Age playing over a drunken montage is also just perfect. The score by Carter Burwell is fantastic also, the signature tune is sublime and the score is chock full of drums and wind instruments evoking a feeling of the woods that seeps everywhere.

Book of Shadows: Blair Witch 2 is almost a perfect film, one that stands up to repeated viewings, has an astounding soundtrack and is a hell of a ride. Before you judge it give it a view, you may just fall in love with it like I did.