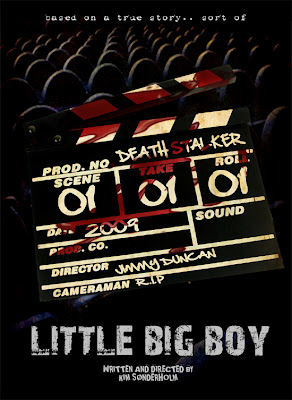 Controversial indie film Little Big Boy is set out as a fake documentary (mockumentary I think is the proper term for it). It is an indie film so helps having a documentary style that tries to mask how low budget it all was.

The film charts the rise and fall of acclaimed cult film director Jimmy Duncan who during working on his fourth film 'Death Stalker' turned murderer butchering a series of woman. Through interviews with actors and actresses who worked for him, as well as ex girlfriends and others a picture is drawn of Duncan as a very bad tempered, very arrogant man who loathed women. Basically a nasty piece of work. 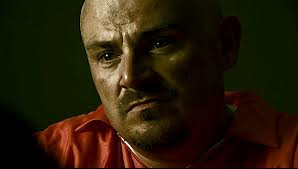 To call this film horror is to wrongly label it, I must admit I was expecting more of a horror bent to things, most the film charts Duncan's tale up to the murders, the part covering the killings is actually very short.  It isn't a serious film at all, making fun of film production and film crew in general while keeping tongue firmly in cheek while conducting the interviews with the various people. Some of the stories about Duncan are darkly funny, such as when he went crazy on an air plane and ended up being barricaded in the toilets by staff and banned from flying which meant he had to get home to America from Sweden by boat (quite amusing).

A lot of the interviews are giving by what I guess are cult film stars, I am not really into indie films so can't say I had heard of any of them except for cult film director, and owner of Troma films; the legend Lloyd Kaufmann. I haven't actually seen any of his films but I have read enough interviews from him to follow him on Twitter. Anyway his segments are by far the most funny parts of the film, I think he may have ad libbed his segments talking about Jimmy Duncan as they are all offbeat and hilarious, a real highlight of the film. 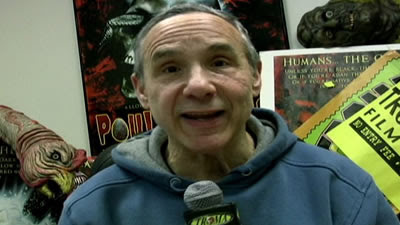 It's a shame that  the film does get boring, too much charts random side parts of the story and seemed geared just to get some female flesh shown. There is a lot of nudity in Little Big Boy, dozens of females go topless while there is even a few segments of full frontal nudity. It is all shown in context of the documentary (such as casting sessions and showing footage from the hidden cameras Duncan had installed in his bedroom) but feels needless and tacky, especially as the film is low budget and looks it, so the females all look grimy and real, bad lighting not complimenting them at all.

The director Kim Sonderholm stars as Jimmy Duncan and looks and comes across mostly convincingly as a man with serious anger management issues,  though at times does seem like a pantomime villain, he only really comes into his own by the films end which is a shame. The low budget makes the interview segments work well but even for being cheap some of the filming is extremely ugly looking which even extends to some of the sound. Bizarre use of green screen on some scenes don't help matters. 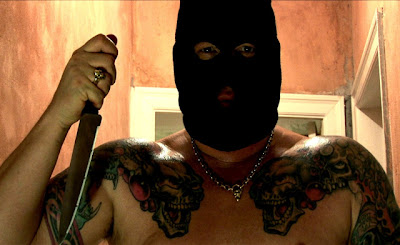 Little Big Boy is a different film, I will give it that and I thought the documentary style was fun, it's just a shame the film as a whole feels disjointed, reaching a conclusion that revealed nothing of note about anything making it feel a bit of a wasted trip. Too much bad looking nudity and not enough substance but just about stayed on the right side of interesting.