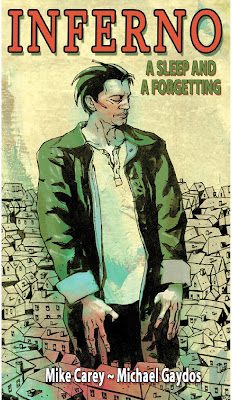 Inferno: The City of Hell is a graphic novel compilation made up of 5 issues of Inferno: A Sleep and A Forgetting that ran from 1996. You may not have heard of it (I hadn't) but it was one of the first comic series written by Mike Carey of Hellblazer and Lucifer (which I had vaguely heard of before).

The set up does sound quite interesting and suitably hellish. John Travis finds himself in a city of demons, in reality he is Jacamo Terence; the only person ever to escape from Hell, though apparently he is back as the city he is in does sound like Dis. Helped by his companions Nostradamus and a were-girl Jacamo he must find a way to survive. 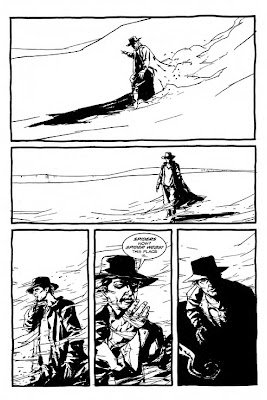 Inferno: The City of Hell was released back in September of this year, 144 pages long. It certainly sounds interesting.
Posted by Daniel Simmonds at 11:47