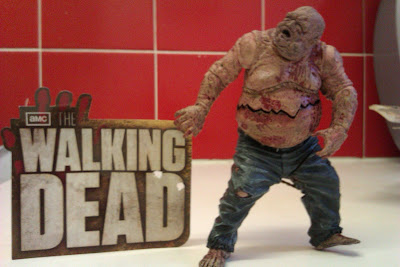 The well zombie stood out from all the many other zombies in The Walking Dead Season 2 due to how rancid and disgusting it was. A portly undead chap had fallen into one of the wells on Hershel's farm so the gang decided they wanted to get him out of there so he didn't contaminate the water supply.  First they used meat on a rope to try and get him out, but when that failed they used Glenn as human bait. He nearly got chomped but managed to get a rope round the huge bloated corpse who was then pulled up. In doing this though the rope cut through his swelled body leading to him ripping in half, intestines going everywhere. 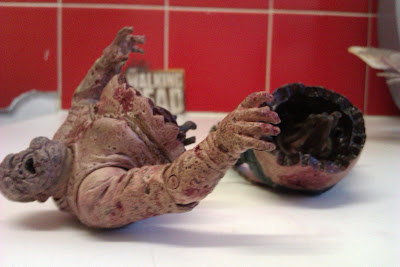 To celebrate this disgusting creature McFarlane toys have made a figure of him.  The well zombie is free standing. but also can be pulled in half to give him his ripped open look, complete with rubber intestines. He comes with a hunk of meat. The figure was smaller than I expected, looking like a midget next to my other horror figures, but it is detailed and does in fact look just as rank as his on screen brother. 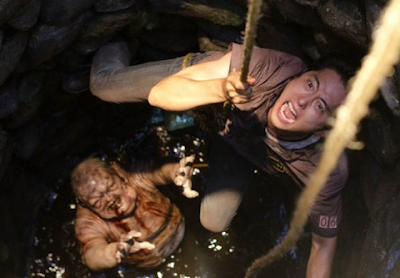 Other figures in the series include Rick and Shane, as well as the bicycle girl zombie from Season 1, and the RV zombie from the first episode of Season 2. All priced at £14.99 I believe.
Posted by Daniel Simmonds at 06:37

That is pretty gross! :)