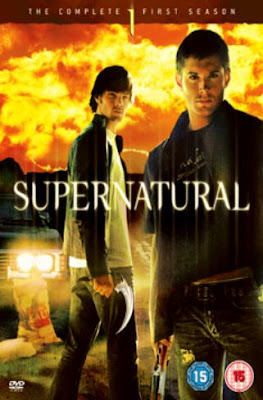 A long while ago I reviewed the third season of Supernatural (here), I thought I may as well review the other ones as I have started watching them from the beginning again.

Two brothers; Sam and Dean Winchester became monster hunters along with their Dad after their mother was killed by a demon when they were very young. After their Dad goes missing while on a hunting trip Dean contacts Sam who had given up the life of the supernatural to try and lead a normal life. Together they set out to find their missing father as well as hopefully finally catch up with the being that destroyed their lives. 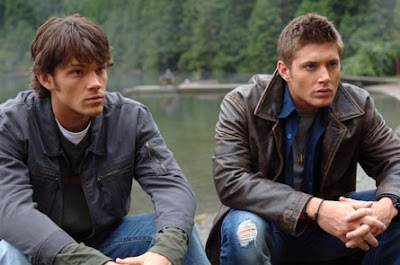 I always see Supernatural as a less kiddy, more serious Buffy the Vampire Slayer (that's not to say Buffy is bad, I love that show). The show kind of follows the same formula in that they have their 'monster of the week' episodes and the main plot line episodes. This season sees the brothers battling a load of evil spirits as well as the grim reaper, vampires, and even a minor God. The show explores many urban legends, here legends looked at include Bloody Mary, the man with the hook, and phantom vehicles. The effects are mostly quite good, and action comes fast combined with a witty script that stays more on realism than the constant joke cracking of Buffy.

The two lead actors Jared Padalecki as Sam, and Jensen Ackles as Dean are fantastic together, really coming across as siblings, Dean forever looking out for his younger brother. At times their conflict comes across as a bit forced, especially in the way past issues keep popping up to create mini conflicts that last just the episode they appear in.  The acting in general is of a high quality with a host of great actors, and even some good child actors (quite a few children are dotted throughout the season). With the great car they drive the show has kind of a road trip feeling to it with a different area of America visited each episode. 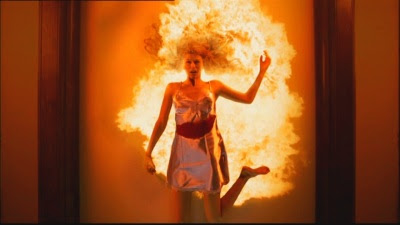 The main story of the missing father is kind of a let down what with the Dad not really that lost, but by the end the main plot episodes get really exciting leading to a shocking cliffhanger that had me screaming for the 2nd season.  A great start to a great show!

Supernatural is a cool show. Thanks for the review. I only watched the first season but I am going to catch up as soon as I can. :D