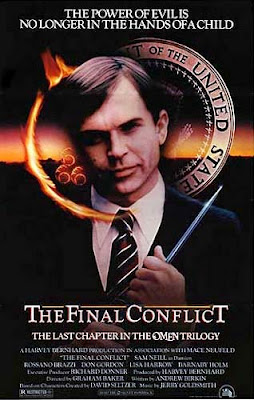 The Omen had Damien Thorn as a young child, it's sequel had him now as a 13 year old awakening to his destiny. This film he is now 32 years old and the head of a powerful company with close contact with the American President.

Damien arranges to become the American ambassador to Britain as he has realised the 2nd coming of Christ is imminent and that he is to be born in England. It is prophesied that the Antichrist will die, Damien hopes to kill the new Jesus before that happens so that Satan can rule the world. Meanwhile a group of Priest assassins armed with the 7 holy daggers (the only weapons capable of killing the Antichrist) set out to kill him. 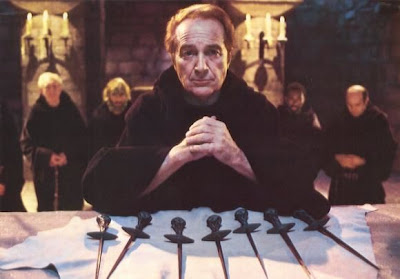 First off, boy does this film do some serious ret-conning! The first two films were both blatantly set in the 1970's, yet this film wants you to accept that those events actually took place in the 1950's. To be fair I guess the only way around that would be to have the film take place around 2000 which would immediately date the film but still it is kinda silly. My only other gripe really is that it is supposed to take all 7 holy daggers to kill Damien but here 1 apparently is enough.

This time around I was pleased to see Sam Neill (of Jurassic Park and Event Horizon fame) playing Damien, in his first international film role no less. He really gets into the role of the Devil's son coming across as really quite evil on the one hand but also with a false humanity to him. His alone scenes where he rambles on in prayer to the Devil are fun, and he has the best line in the movie (not hard, the dialogue is pretty terrible!) when he says "Birth is pain, death is pain, beauty is pain!". What of the plot this time around? It is passable and fun. Part of the plan to stop the 2nd coming is to kill all the male born children of the 4th of March, This is shown during a montage of off camera baby deaths with some nasty ones such as a mother ironing her child, and a priest drowning a baby during its baptism implied. A lot of things in this film are implied rather than shown but as always the imagination does a great job of filling in the deaths. 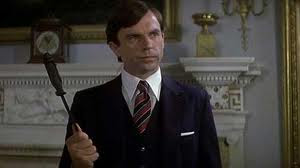 Talking of deaths this time around most the adult ones are of the bumbling, hilariously inept Priest assassin squad. They are really shown as a bunch of clowns coming up with Scooby-Doo level of intelligence plans. From the moment the first assassin climbed a lighting rig in a studio, then perilously walked along it, dagger in hand, slowly creeping up on Damien...who was sat on a chair so far away from the rig that even if the Priest had done a running jump he would not have made it anywhere near him. This was the start of the hilarity as all the Priests end up getting killed in embarrassing, and funny ways that surely must have been intentional. Watch out for the scene on the bridge though, Sam Neill at his most creepy!

The direction is quite well done, a surplus of main characters muddy the water a bit with some odd sub plots that run their course rather oddly (a young boy getting corrupted by Damien, and his right hand man dealing with having to order the deaths of so many innocent babies). Special effect wise they do seem better than Omen II, nothing amazing but cool looking enough. 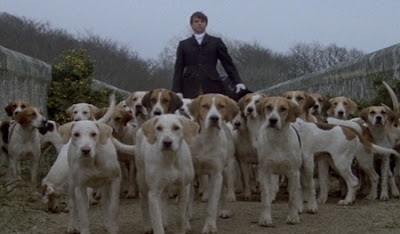 I have to say I have been quietly impressed with the Omen films. I knew the first was good but expected the sequels to be terrible. They are not, they have each been entertaining despite the somewhat hokey nature of the stories. For this film Sam Neill saves the day, it would have not been half as good without his magnetic presence.