Another round up of indie demo's, oh the mirth... 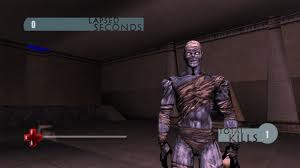 This terrible FPS is just a re skin of the equally terrible Werewolf Hallow. You are in a dark temple where motionless mummies slide towards you. Your weapon appears to have little to no effect. Terrible.

The bad thing is I think I actually own Night of Doom. The only worth while thing this Saturday evening is playing a load of truly awful demo's so this is my night of doom.  This plays similar to Mummies VS Gun's but is set in a far more interesting level that has a variety of different structures.  The game is a zombie survival, the zombies look quite freaky; oddly proportioned, with bizarre giant smiles on their heads, and googly eyes. A great tune plays throughout but again just not very exciting. 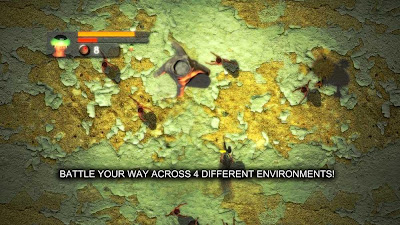 An overhead zombie shooter with a truly terribly animated story. Each level sees you advancing through a stage to get to the end where you must call in an air strike.  You character is floaty and moves like a shopping trolley while the weapons are not very effective. It is also quite easy to get stuck on scenery.  There is a large variety of zombies from skeleton and weak ones up to fire breathing zombies and lizard ones who all attack you by walking into you.  A lot of quality was aimed for but the zero budget means this is another waste of space.  I used to be so positive about these Indie games but I am very jaded nowadays.

The Hearts of Men: 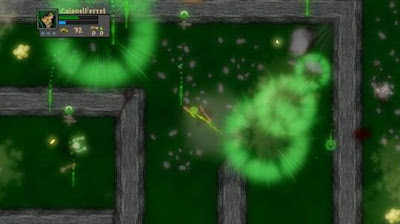 I was immediately struck by the beautiful cartoon style artwork that the games is covered in, looks very professional.  The Hearts of Men plays like an updated Gauntlet, the main enemies in the level I played even looked just like the ghosts from Gauntlet.  This is a good looking indie game, I had fun with it even if the short looping tune started to irritate by the end. Up to 3 players, and even has rumble on it. Not bad at all. 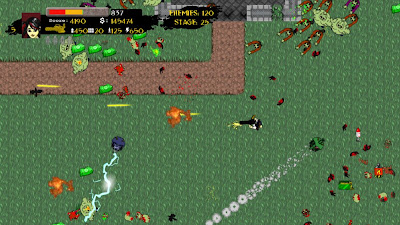 Impressed! Undead Empire has a retro style look to it, like it was made on an early PC. You play as 1 of 8 characters who have headed to a mysterious mansion after their bus crashed. The mansions owner is of course a mad scientist who wants to use the survivors as fodder for his zombie army he has created. It plays out as an overhead arena based shooter with the usual upgrading and buying new weapons between rounds but the frequent story and unique look bring something new to the genre. One I think I might actually buy!

So there you go, another mixed bunch of cheap and cheerful indie X-Box 360 games. A thankless task from me as no one cares about these games, nor do I but I must suffer for my blog sometimes.
Posted by Daniel Simmonds at 14:05