As I expected I have become swamped with loads of horror news in the run up to Samhain so I thought a good old fashioned news post was in order. 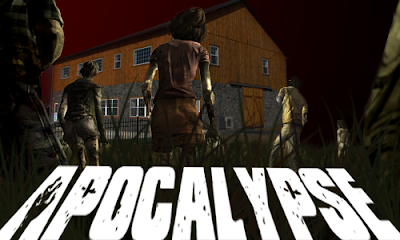 Firstly might I direct you to a business website. CB Structures Inc design pole buildings, hardly scary stuff, but they have written an article on the best pole barn to have created in event of zombie apocalypse. The article includes details on what materials the structure needs to be created out of but also gives tips on the best food and supplies to have, as well as some useful zombie fighting tips. Having bowling balls to drop out of high windows onto zombies is a fun idea! They also suggest the best and worst people to have in your zombie surviving team. A fun article that is worth having a look at. It can be found at CB Structures Inc. Now I am not into drum and bass, mostly due to my next door neighbour who plays the infernal stuff loudly all the time, but regardless of that I will mention that a 'drumstep' horror album has been released. No idea what drumstep sounds like, kinda a more electronic drum and bass. 'Monsters Volume 3' by Figure was released on 16th October, it features 15 'spooky' tracks one of which includes a collaboration with Tommy Lee. If this is your type of thing then sure get it, why not. Song titles are cool, my favourite one is titled 'Michael Myers is Dead'.

Last but not least, and while I am on the subject of music I was alerted to a band (Americans UK) who have created a zombie based song titled 'Zombies Attack!!!'. The video for the song is made up from panels from a webcomic that sees zombies attacking the band as they play a gig. Well I will stick it below so you can see for yourself, I thought it was pretty cool, all songs about zombies are of course! Links to purchase 'Zombies Attack!!!' and the comic featured in the song can be found at Trip City.

I still have a Fall Out shelter full of horror news so I will save the rest for another day so as not to bloody the waters. My own news is that I am going to a murder mystery event this Thursday with my father which has the storyline of an actor at a play murdered by a real life Vampire. I will post my thoughts on it on this blog no doubt.
Posted by Daniel Simmonds at 12:09