Freak Week at the Hop Farm in Kent sounds like the best thing ever. I am proper jealous that I am not going! It is a week long event that features five human mazes. 'Human mazes' are horror themed mazes in which actors dressed as psychos and monsters chase you, part maze and part show they are full of special effects to really get your heart going. Funnily enough I was just explaining to a friend a few weeks back about how I have always wanted to go to a human maze.

Last year the Freak Week won an award for best seasonal scare event, I am sure this year will be just as successful. So the main attraction is 5 different human mazes, which all sound great.
'The Slaughter House' is a maze set in funnily enough a slaughter house which had been closed down after human remains were discovered in the pork pies there.
'Quarantine' is the most interesting sounding as it is a zombie themed human maze, this one is set in a quarantine medical centre post zombie outbreak. Being chased by zombies is something I dream of!
'The Fun House' takes place in a toy factory themed children's attraction that an aggressive gang from a recent Carnival are squatting in (expect creepy clowns!).
'The Underground' takes place in a recently discovered lost underground subway station where there have been lots of reports of missing people, I am imagining this would kinda be like The Tunnel (Australian found footage film set in an underground station where there had been lots of reports of missing people).
Lastly is 'The Hatch' that purports to be the worlds first human maze in which you have to crawl through, this one is set in an underground sewage system. 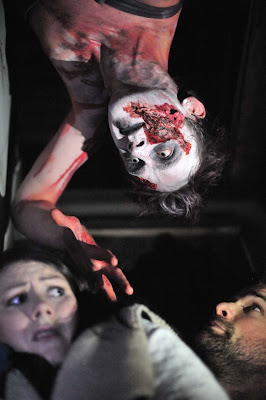 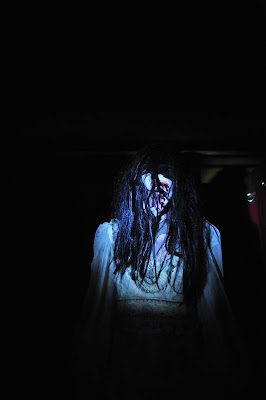 As well as these 5 mazes there is also going to be a good old classic freak show. This does sound like the kind of event were visitors may go 'missing'!  Tickets for the event can be purchased from the awesome website http://www.hopfarmfreakweek.co.uk and start at around £20. Get your tickets quick though as the first day is already sold out! Once again; I love Halloween. Needless to say this is not recommended for people with weak hearts, who suffer from claustrophobia, are epileptic, or under the age of 10.
Posted by Daniel Simmonds at 11:47