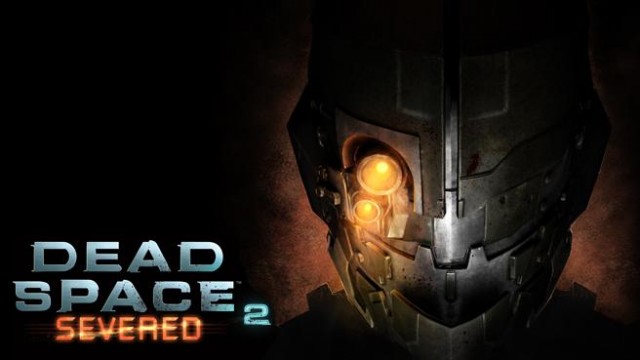 Before playing the DLC for Dead Space 2 I thought I would give the main game a little playthrough just to pick up the controls. I totally forgot how great that game is, though it is true to say it is very noticeable where it stops being survival horror and becomes horror action (around the midway point).

Severed has you playing as security officer Gabe Weller (one of the main characters from the on rails horror shooter Dead Space: Extraction) who is in the Titan mines when the necromorph outbreak occurs. Contacting his pregnant wife who is at the medical centre for a check up he urges her to escape. Then ignoring his orders to combat the necromorphs (nearly his whole team have been killed anyway) he decides to try and rescue his wife. 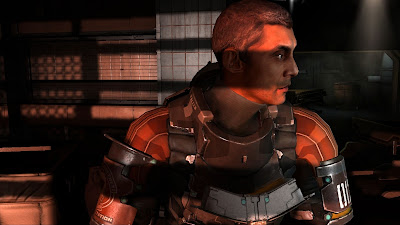 The DLC is around an hour long and is spread over two chapters. The first is set in the mines, the second set in the medical centre.  Disappointingly there are no new locations used, it is all recycled from the main game with the exception of a multiplayer level that is repurposed. There are no new weapons, one new enemy type and that's about it.  Gabe operates identically to Isaac Clarke, though no zero gravity sections.

Severed is all action, there is no survival horror here. The plot feels rushed and it really does not add anything to the mythos of the Dead Space universe. Admittedly the ending was shocking but the effect was kinda lost as a glitch occurs after completion which means the game fails to end, you have to manually quit out of your game which was a bit dodgy. 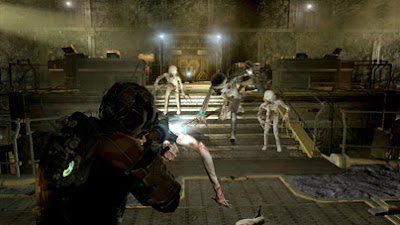 All in all not much to recommend here, even if you love Dead Space I would say avoid this, is not worth the cost.