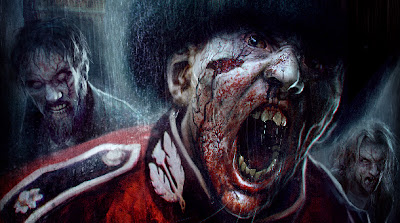 First off I do not know how I failed to spot ZombieU in the announced games at this years E3 (even did a post about it: here), no excuse as it has zombie in the freaking title! State of Decay though is a game that slipped under everyone's radar (maybe because it might not be the best game). I seem to over use brackets nowadays it seems?

So as the support band/game we first have State of Decay; an X-Box Live Arcade game. The trailer was recently released and the game seems to be a more sedate Left 4 Dead. It looks like it takes place in the American country. As a survivor it seems you must search locations for supplies? Ok, not very professional, I will look into this further... 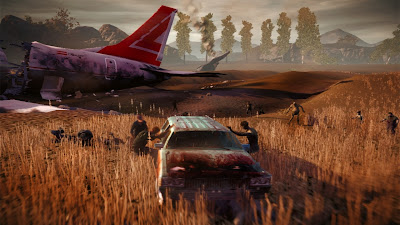 I am back, and I was right, you do have to search locations for supplies! State of Decay is a third person open world zombie survival game that lets you use stealth as much as violence. You have a safe house that you must leave to get essentials each day. A variety of weapons and tools can be used to take out the running zombies including a variety of vehicles. Am interested in this, though it doesn't seem to have a gigantic budget if the trailer is anything to go by.

ZombieU is to be released for the new Nintendo console; the Wii U. This game is another one where you must search locations for supplies. Entirely set in London you can use CCTV to monitor the different levels to see which has the least zombies which you then explore on the directions of one of the 3 quest givers at your safe house. You use the Wii U's controller (that has a large screen built into it) as a backpack, and also to solve puzzles such as combination locks etc. What is cool is that nothing pauses why you do this, so it is possible for a zombie to sneak up on you on the TV screen while you are fiddling about on the little screen. 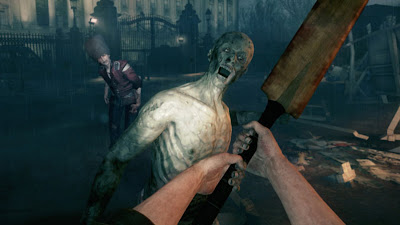 Zombies are quite deadly here and it doesn't take much to kill your character.  When you die you respawn as a new survivor but to get your items back you must hunt and kill your previous character who is now a super zombie. The game is a first person one, and looks quite cool, featuring levels in such iconic places as Buckingham Palace and unique zombie types such as ones dressed as Beefeaters. Could maybe be the title that forces me to get a Wii U.
Posted by Daniel Simmonds at 12:26