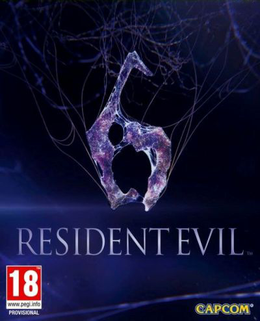 Well, I had been looking forward to this game despite not overlay positive previews. The demo was released earlier this week on the 360 so I gave it a gander. It is quite a large demo, giving you segments of a level from each of the three characters missions.  The first demo I tried was Leon Kennedy's which is supposed to be old school Resident Evil in style... 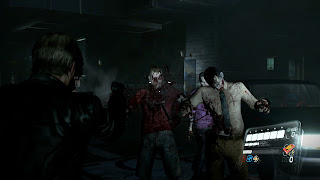 I actually quite enjoyed the Leon demo. You are teamed up with some C.I.A woman on a campus that has been over run with zombies. The old fashioned, stumbling zombies! A nice return to form there. Some of the zombies carry basic weapons which a quick Q.T.E can see you snatch, to dispatch them with. Shooting zombies results in holes being punched through them, you can even shoot part of their heads off, nice! The demo sees you exploring the campus looking for a key card to open an exit. This felt more like Resident Evil 4 than anything earlier but it was entertaining enough. 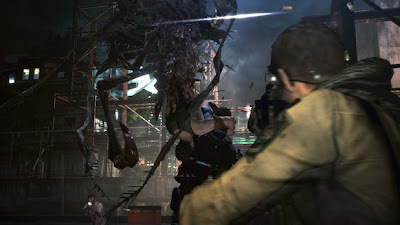 The next demo is Chris 'Meathead' Redfield's one. It sees you in some foreign Town with a bunch of soldiers fighting infected who are armed with lots and lots of guns.  This felt like an even more action packed Resident Evil 5, and also like a third person Call of Duty but with monsters.  These are different enemies than Leon's in that firstly they have weapons of course, but also that they can mutate when destroyed. Some turned into weird moth type creatures while others grew meaty shields. The story in this demo was terrible, all po faced hoo-rah nonsense. 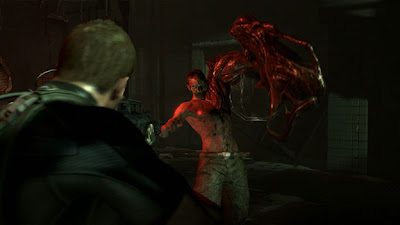 Lastly was the demo for Weskers son.  By far the worst of the three this one had you in Hong Kong (maybe) fighting enemies armed with machetes and guns. This time when enemies died they turned to stone, and a lot of them grew giant long tendrils which they could attack you from anywhere in the level with. Dead enemies spawned giant lizards whose speciality is knocking you over. A terrible segment was had here once again due to insanely incompetent A.I.  I was unable to open a door, my A.I partner had to, but she was so busy running around trying to kill everything (and failing I might add) that in the end I was forced to back track through the level to kill anything I came across so that she would do what she needed to do.

The usual problems occur with some new ones also rearing their ugly heads. Firstly the game treats you as if you are playing online, so you are not allowed to pause the game, not even during cut scenes. The A.I while ok for the first two demo's was truly awful for the third one leaving me fears that the misery of dealing with a retarded A.I are back to haunt the series. The camera gets stuck on scenery sometimes, and especially if you are knocked over just seems to panic and starts flipping around. Falling over in itself is a huge chore as it takes an age to get back on your feet.

Resident Evil 6 could well prove to be a fun game, but judging by this demo it seems to be even more of an action game than even 5.  I hated the Resident Evil 5 demo but the game turned out to be ok, though saying that I only felt the need to play through it once, and didn't even bother playing the D.L.C I purchased for it. Capcom just seem lost, Resident Evil has really gone off the rails. I hope the proper game is good, but 2/3's of this demo were just pretty terrible.
Posted by Daniel Simmonds at 10:46