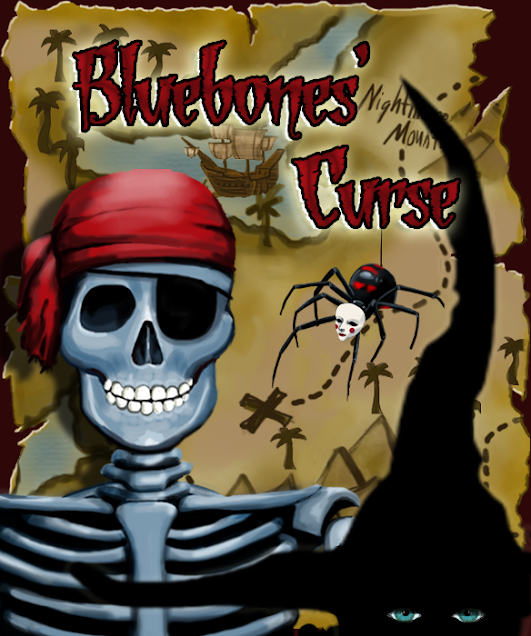 It has been a bit indie-centric around The Rotting Zombie HQ at the moment, really blasting through the demos. One game I had gotten, and actually brought the full version of was Bluebones' Curse.

Bluebones' Curse is an old school 2D platformer. While treasure hunting, Bluebeard came across three evil witches who transformed him into a skeleton. Hearing a rumour that a piece of Davy Jones treasure has the ability to grant wishes if found at midnight, Bluebones sets out to find it in order to get back his humanity. 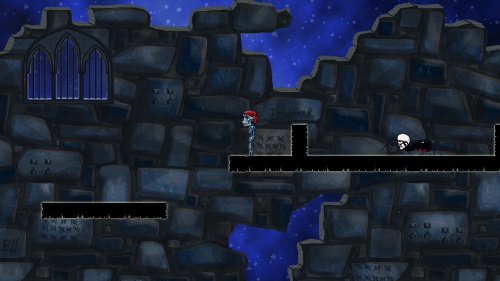 The best indie games seem to be the shortest, coming in at just under seventeen minutes long this is some great retro platforming. Each level has you avoiding bats and spiders with doll faces while traversing black platforms and leaping over spikes.  It is quite an easy game but brought to mind some of the classic Super Mario platforming. Every few levels you got some voiced narration from Bluebones musing on if he will find the treasure in time. A very catchy pirate themed tune plays over each level. The gripes I had with it were that firstly it is a bit lacking in variety, only the one background, the two enemy types, and levels were quite short. Also be warned that occasionally a bug will cause your character to fall through solid platforms, but infinite lives cure what could have been an irritating flaw.

For 80 Microsoft points I have definitely played worse than Bluebones' Curse. On a side note the indie game DLC Quest features zombies (just so you know!).

Posted by Daniel Simmonds at 04:34