The House and The House 2 - Horror Videogame Reviews (PC) 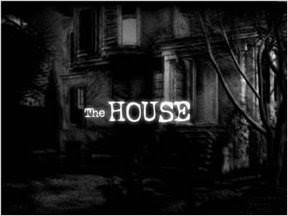 The House and The House 2 are free to play browser based horror games. They are the very definition of point and click as that is all you do in each of the small games. First on for The House...

The game starts with some very badly written dialogue talking about an abandoned house. There used to be a family who lived there but one day they 'suicided themselves'. Quite how anyone would believe a wife, husband, young son and daughter all decided to commit suicide I do not know. Anyway no one has been in the house since. For an unknown reason you enter the house. 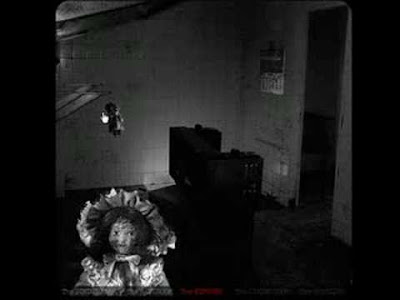 There are around 5 rooms in the house you can visit, you must explore each room in turn to piece together the story of what happened.  There is virtually no game here, and what there is is terrible. Each room has two to three different objects you can click on such as photos, letters, and light switches. You have to repeatedly click on these objects until spooky things happen such as a bouncing ball appearing, humanoid shadows, screams, and things rushing past the screen. I guess the fear comes from not knowing just when a jump scare is going to happen.

The House is really boring and outstays its short welcome, it took around ten minutes to explore the whole house, each room has pretty much the same thing happen. Being black and white it looks the part but the repeated clicking on the same old objects repeatedly until something happens got old very, very quickly. 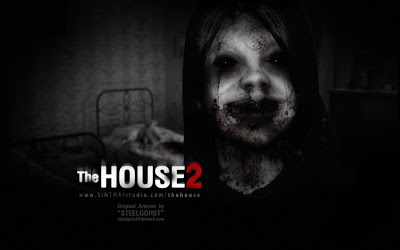 The same message plays at the intro of The House 2, though better written this time around. Again you are entering a house that no one has been in since the family killed themselves though this time around there seems to be a more supernatural reason why the family ended up dead.

It is the same format as before; explore 5 rooms clicking on the same objects repeatedly until anything remotely interesting happens. I never actually go to the end of this one, I couldn't work out how to proceed from a room (the 4th room) and after a few minutes I decided I had had enough and quit the game, no feeling that I was missing out on anything. 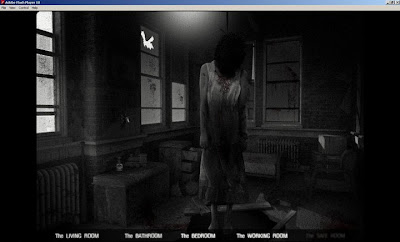 I really hoped they would have fixed some of the faults with The House but alas it was not to be. The House 2 is just as boring and bland as the first game, cheap jump scares again the order of the day.

Posted by Daniel Simmonds at 10:49