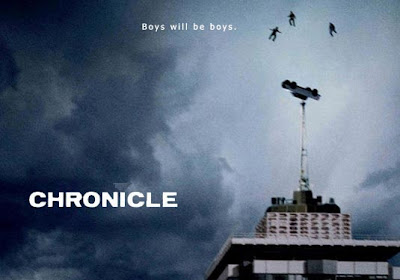 Chronicle is an odd one, it is done in the mould of found footage so consists of footage shot by the main characters on handheld cameras and phones. It is done as a real life super hero film that while starts off light hearted gets violent and grim before the end.

Three high school students stumble into a cave that leads to a mysterious glowing sigil which mysteriously grants them ever increasing super powers. At first able to levitate objects, as their powers grow they become able to fly, have super strength and other such things. To begin with the friends are delighted with their new found powers and use them for fun, but increasingly as the realisation of there powers comes all too apparent they start to fall to the dark side as the group fragments with some believing the powers make them above mere humans... 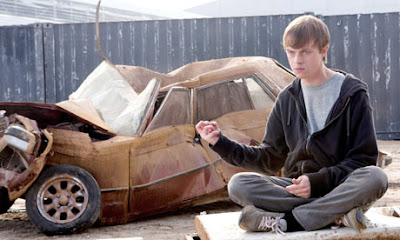 I saw this film a hell of a long time ago in much better, lighter times, I (obviously) have only just gotten around to reviewing it. First off the title is terrible and says nothing about the film. It is refreshing that a found footage film doesn't focus on horror and instead takes a different slant. It is really quite fun to begin with, with light hearted pranks being used for fun, but as it gets darker so did my enjoyment disappear. The three main characters are good if not for main lead Andrew Detmer (played by Dane DeHaan) he is a shy outsider abused by his father and scorned by his fellow class mates. He is predictably the one who goes insane with the power the super powers grant him. His rise to evil is not that well done and gets in the way of what could have been almost a comedy.

I keep talking about the divide in the film but it is really apparent, the later half after the death of key characters is dark and bleak and involves a lot of death and violence that is well done but just kind of unpleasant to watch. The effects are quite cool, and nothing looks fake which is credit to the camera trickery. 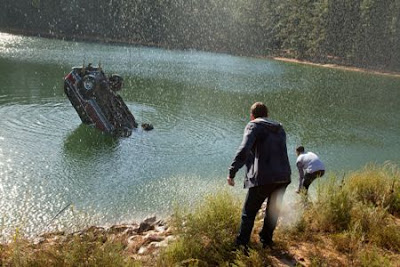 A short review but then it has been a while. If you like found footage films and are after something that isn't your typical horror then by all means watch this. As realistic super hero films go I much prefer the awesome Bruce Willis fronted Unbreakable.

Posted by Daniel Simmonds at 15:51