Episode 2 of The Walking Dead was released today.  I loved the first episode so was really looking forward to this one.  I must start by saying that man, this is one brutal episode!

'Starved for help' takes place 3 months after the end of episode 1.  The group are still holed up in the Motel they got to in the first chapter but they are dangerously close to running out of food.  Two brothers show up who say that they have plenty of food back at thier farm that they are willing to trade. Their farm seems idyllic, but is it too good to be true in the land of the walking dead? 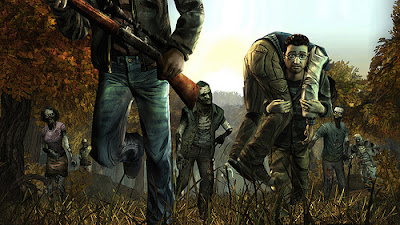 Chapter 2 starts off violent, even before the title credits have shown you have messily hacked someones leg off, that sets the tone for the whole episode. This really feels like an episode, it has a beginning, middle, and end being a self contained tale while also adding to the characters you have made contact with.  I went in to the game with opinions about people which had vastly changed by the end, ones I had liked I no longer liked, ones I disliked I had come to understand more.

It follows the same style as the first episode. You play as escaped convict Lee Everett and interact with surroundings via context button presses. Usually you are in a small area with a set task to do, for instance early on in the game you have been put in charge of rationing out the food so you must decide which 4 of your 10 strong group get to have food. Action comes in the form of sudden attacks, but following the style of The Walking Dead zombies take a back seat this time with a group of masked bandits causing a lot of the peril. As always humans are far more deadly enemies than zombies. 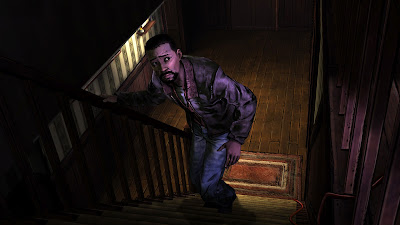 This is one sick game! On top of all the swearing and zombie violence expected of the licence there is a lot of more cruel, Hostel style shenanigans going on. There is a sense of unease throughout. Where in the first episode meeting up with people was seen as a good thing now your group have become tight knit and wary of outsiders. People get killed, you are always reminded that everyone is expendable. Along with the heart pounding action scenes the game also manages to conjure up wild panic in several stealth sections.

The story is really good, better than last time and is gory and depraved as Hell, this is really a game you play for the plot, and the way you can affect events through choices you make is once again really well done, though some less black and white choices this time around. 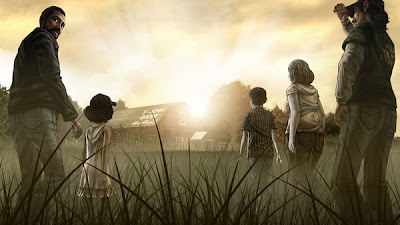 For amputations, eye squishing, blood, body parts, murder and zombie mayhem Starved for Help is the essential place to be! Roll on Episode 3.