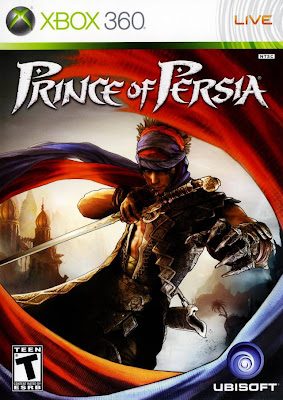 I have wasted half my day playing Prince of Persia. The original was good, and the trilogy that come afterwards was ok but this game is utterly terrible.

The Prince (your character) is walking through the desert when he comes across a girl in peril.  Saving her she leads you to a temple where her dad appears and releases a Demon.  Now the world has turned evil and you must traverse the open world to restore balance. 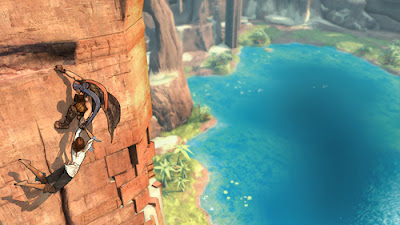 The world is split into 4 areas, each one patrolled by a different beast. They are pretty much the only enemies in the game, most of what you do is platforming.  You would expect a platform game to get its controls right, but they are slidey, unresponsive and twitchy.  To make matters worse your character the prince will randomly do his own thing, usually deciding to leap off a platform you just spent ages getting to. It might sound like I am exaggerating but the character kept legitimately leaping off walls with no input from me. The designers obviously realised how broken their game was as it is impossible to die, you are rescued in a cut scene each time you fall off a platform (in the 4 hours my patience lasted I must have fallen to my near doom at least 100 times).

The game looks and sounds really good, it is so frustrating how broken it is in every other area.  To pad out the length of the game you can only do small sections at a time before you have to collect a ridiculous number of orbs in order to open the next area.  All well and good but then it gets better.  There is no auto save for a start, you may think that is no big thing as it is literally impossible to die but being just the one big level and being so used to auto saves I constantly forgot to save my game. This wouldn't be a problem usually but the game frequently crashes.  The first time I had just started and was around 20 minutes in when the game froze. I restarted but found out the lengthy intro was unskippable.  Next I was doing ok, I had to collect 200 orbs before I could progress. So after 2 hours of back tracking I managed to collect enough...five minutes later the game crashed again, I had not saved so all my progress was lost. In frustration I turned off the game and chucked the disc into the bin. 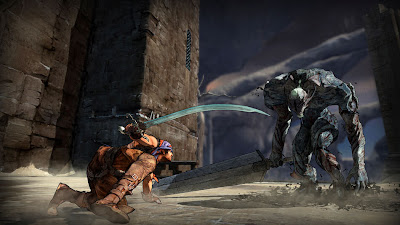 Avoid this game like the plague, it is frustrating, unfinished and broken, don't be misled by the pretty pictures and sounds.