The Shadows in the Underworld - Horror Videogame Review (X-Box Indie) 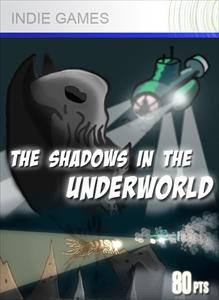 The Shadows in the Underworld is heavily based on the works of H.P Lovecraft, the premise and everything about it is straight out of his terrifying tales of madness, of strange cults and ancient horrors.

It starts with you in Antarctica in a submarine, strange ruins have been discovered under the water so you head off to investigate.  Upon getting to the ruins an ancient door slams shut leaving you trapped in the madness of the almighty ancient City.  Coming under attack from deep sea horrors you must navigate the nightmare and find a way to escape before you are driven insane... 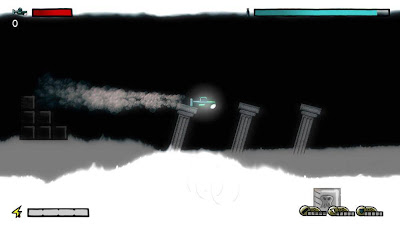 Each level has you exploring a maze looking for the exit and its key.  The key you usually stumble across literally right away.  There is a progress bar at the bottom of the screen to see if your heading the right way.  Each screen you go onto will usually lead to a sustained attack from the monsters of the deep. Your submarine has torpedoes, as well as a giant chainsaw, I virtually never used the missiles, chainsaw was king.  Items can be collected using your beam which level up your armour, chainsaw and missiles.

The game has a cartoony look which does detract from the premise a bit, samey backgrounds, and architecture are used with not much variation between levels.  Between levels you get the submarine captains diary entries, these are very Lovecraftian in their writings as the captain is slowly driven insane by the unending gigantic City he is trapped in.  The music is great as well despite a lack of variety, I guess being an indie game is the reason for this. I was really hooked on this, excitedly waiting for the next diary entry, it had a bit of a weak finish which was a shame, not quite the doom and gloom ending I expected but still again quite in vein with Lovecraft (by far the writer of the most scary stories ever told). 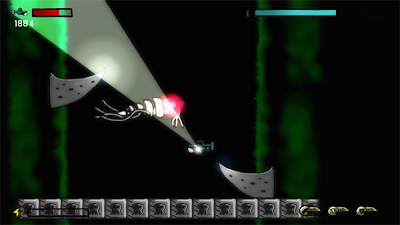 Had quite a bit of fun with this one, for 80 Microsoft points this is well worth picking up.

Posted by Daniel Simmonds at 16:39