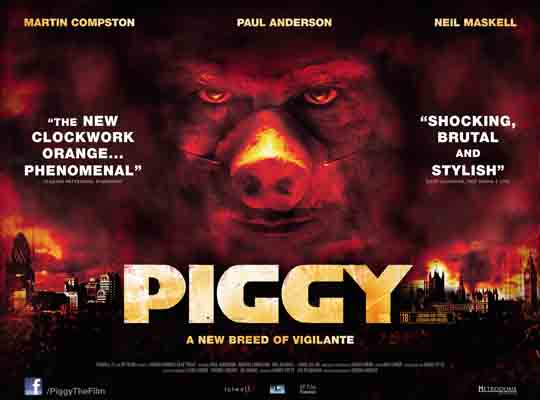 Piggy is a British horror film set in London written and directed by Kieron Hawkes. The film is more of a thriller than a straight up horror, no ghouls or ghosts here, just mean violent people.

Joe is a timid young man suffering social phobia living in London. His brother John is like a best friend to Joe and looks out for him. During an outing to a pub John gets in a scuffle with a local gang. Heading home alone John is set upon by the gang and murdered. One day a few months later Joe gets a knock at his door by a strange man, apparently a childhood friend of John who calls himself 'Piggy'. Piggy tells Joe that he can help bring his brothers killers to justice. A plan is set in motion to get revenge on the people who took away his brothers life so callously, but is Piggy really who he says he is? 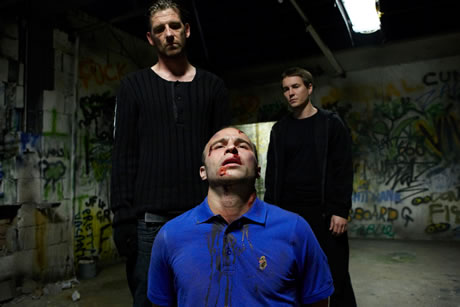 At times this film reminded me of an English version of Fight Club with the confident, aggressive Piggy leading his young charge into more and more violent leanings as they go after the gang members one by one. The character of Joe has almost nothing to him, coming across like a empty vessel. Paul Anderson as Piggy more than makes up for this, his character larger than life, always moving around, almost insane in his mannerisms, he steals the show completely. The gang members themselves do not have much to them, coming across not so much as evil as just generic bad guys.

Piggy has a haunting score that gives atmosphere to the bleak, dreary landscape of London. Most the film is set at night, the few daylight scenes do nothing to ease the depressive atmosphere as they exude an almost dreamlike quality to them. Violence comes regularly, though a subtle pan away usually conceals the damage. One effective scene in particular had someone's head being kicked in, and the look of effort on the kickers face alone is enough to convey the effect. 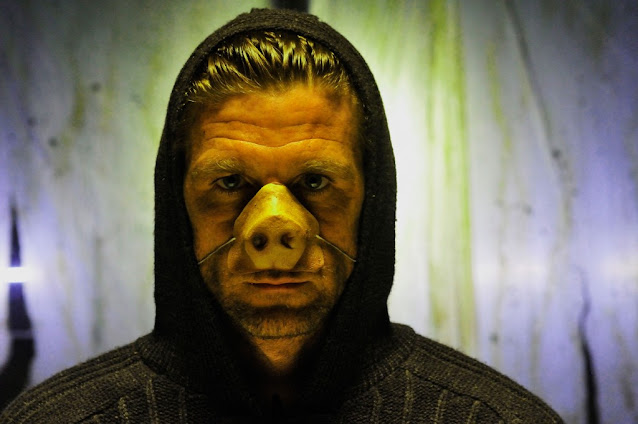 At times the film did seem to drag, a few too many scenes of not much in particular, but for the most part this was an almost chilled out voyage into revenge that had a commentary behind it all. I watched the whole film expecting a twist that never came, instead a much more low key one happened that while interesting was also a tad confusing with some mild plot holes hastily paved over.

So a cross between Harry Brown and Fight Club with some Straw Dogs thrown in for good measure. A great soundtrack, interesting ideas, and at times original but sometimes Piggy was let down by a weak end and some needless padding.