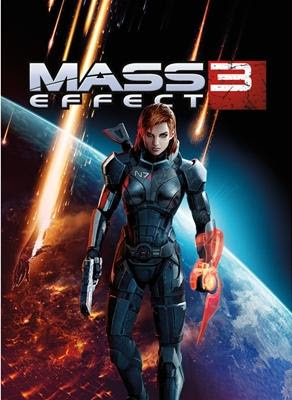 Well I must say I had been waiting for this game for a long time. Mass Effect 2 was an amazing role playing/action game set in a fully realised Universe. The game was released with lots of fan fare from Bio-Ware proudly proclaiming it to be ideal for new fans to the series, and that with the addition of a totally un-needed multiplayer mode and early stirrings that the ending to the game was utterly terrible made alarm bells ring.  Gifted as a present from my wonderful Girlfriend I set out on my own quest to see for myself what meat the game was made from...

Set several months after the dramatic end of Mass Effect 2 it sees Shepherd confined to Alliance Military barracks on Earth facing trial for his/her part in events done to prevent the Universe wide invasion of an ancient enemy who are believed to be just a myth.  Soon into the start of the game the threat known as 'the Reapers' let their presence known once and for all by invading Earth and pretty much every other planet in the Universe simultaneously. From here Shepherd flees Earth to find a mean to eliminate the threat, and to unify the various races into one large battle fleet to retake Earth. 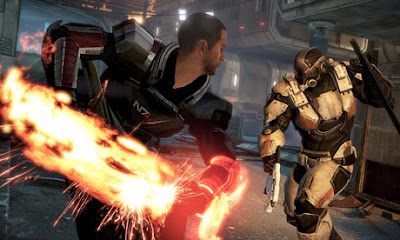 I played this before the patch was implemented to fix importing Shepherd from previous games.  As such my Shepherd had to be created from scratch and was very off putting for the first 15 odd hours of the game.  It is true to say it took me that long before I started enjoying the game.

There is a lot more focus on combat this time around, a few terrible missions pretty much just involve going to locations and fighting waves of enemies in arenas; not at all enjoyable, Mass Effect has always been about the story for me. Luckily the pure action missions are few and peter out quite early on leading to some awesome missions. The problem comes with the game trying to do large action set pieces, it just can't give the scope it needs meaning you are funnelled down small corridors which can feel quite artificial at times (the mission on the Turian Moon certainly feels this way. 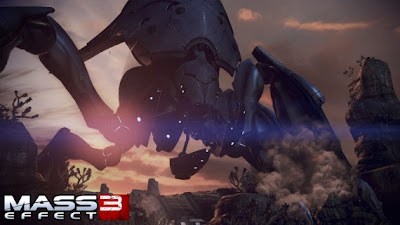 Enemies are varied with the Reaper forces being surprisingly varied; each alien race has its own Reaper counterpart.  As well as Reapers the other major force you fight are Cerberus (now your enemy as the Illusive man has gone real evil) these offer various different soldier types that can be kinda frustrating when they attack in large numbers (the engineers who deploy gun turrets especially).  Mass Effect 3 took me just over 40 hours to complete, the longest yet, and has a heap of story. I would be very interested to see how some of the plot turns out if the characters involved never made it to the third game, I imagine totally new characters would take their place.

All in all a good game, be warned though, the last mission is never ending and feels really dull playing like a third person Call of Duty game.  The ending itself is a good ending for a normal game, but feels totally tacked on and doesn't fit for a Mass Effect ending. I was a tad disappointed, look forward to the additional ending being taped onto the game this Summer.

The side missions are quite terrible and are not much more than pointless fetch quests, it is quite comical how the whole fate of the Universe is put on hold while you scan random planets looking for lost trinkets.  I tried multiplayer once and that's enough, a horde mode style game not very interesting even if it does let you play as alien races. 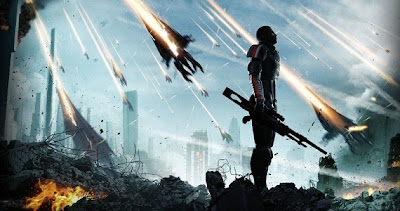 The single player DLC features a new character and a small new mission.  For 800 MS points it is not worth the price but the new character is quite interesting and is fitted into the story well (not surprising seeing as how the content is already on the darn disc).