A general update then along with some mentions of various horror and zombie type stuff. Having once again become unemployed I find myself with slightly more time to do my blog. I have been lacking lately, mostly due to a whole heap of other stuff going on in my real life. I am sat here in my cold house feeling like a modern day Lord of Winterhold with my big slippers, dressing gown and mug of milkless coffee. 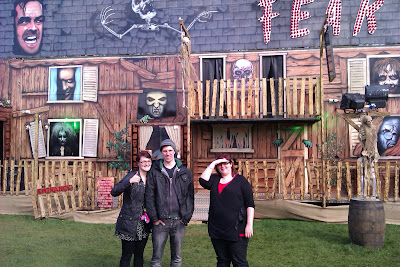 There was a fair near my Girlfriends house recently, I took some time to go on a few horror rides. The Ghost Train (called the Roller Ghoster) was as terrible as I thought it would be, composed of a few lame fake body parts stuck to cardboard sheets and some loud noises.  The other horror attraction titled 'Fear' was a walk around a haunted house which was actually quite fun. It involved you walking around in the pitch black through various rooms.  One ace room had plenty of strobe lighting and featured a man on an electric chair being fried, other rooms had various animated exhibits from horror films such as The Exorcist, Nightmare on Elm Street etc. It was so dark that I had to shuffle around, constantly fearing I would plummet down a hidden flight of stairs (health and safety was not a big factor at this fair) and did involve me walking into a wall at one point.  At night, and alone this would have been a scary trip, not bad for a pound.

Game of Thrones is an awesome show it must first be said. A fantasy based on George R.R Martins books 'A Song of Fire and Ice' that features lots of sex and violence, but also has zombies in it.  In the series they are known as the 'White Walkers', mysterious beings from beyond the wall who are unstoppable unless set on fire, even with limbs removed they keep on coming.

I heard tell of a cool zombie evacuation race that is taking place later this year at Bassingbourn Barracks on October 27th. It's a 5K race through zombie infested woods which has multiple routes as well as different challenges. The race is done with the constant threat of zombie attacks with both shamblers and runners hunting you and the other racers down! It must be said I have become a bit unfit lately, so what better motivation to get fit than the threat of a horde of brain hungry ghouls chasing you down? Details of how to enter can be found here.

Having a look through all the stuff I have been asked to do blog posts on I can see there is quite a lot, I should probably do proper posts on them. I will leave you with a few pictures of some of the random zombie things I have dotted around The Rotting Zombie HQ... 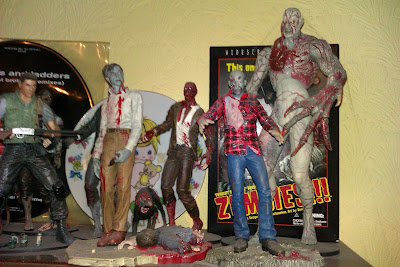 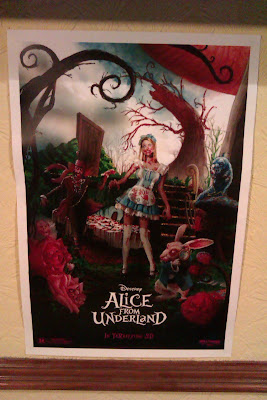 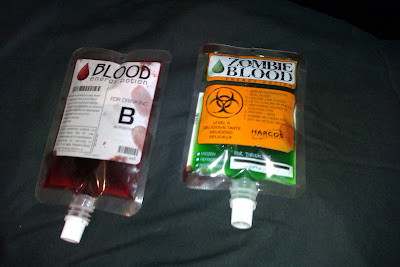 Posted by Daniel Simmonds at 06:03