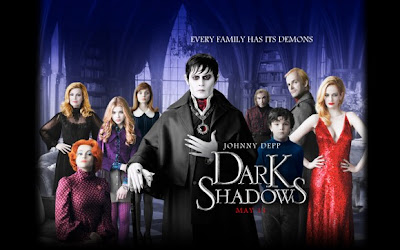 In the 1800's a family is cursed when the son of a successful fishing business family; Barnabas Collins makes the mistake of breaking the heart of a Witch.  Furious she kills his family, bewitches his one true love to commit suicide and turns him into a Vampire.  For good measure she imprisons him in a coffin and buries him alive.  200 years later in the 1970's his coffin is discovered, after escaping it Barnabas heads to his home.  Discovering he is now in the future and that his future family are not doing well he vows to restore them to the Collins former glory.  It turns out however that the Witch who cursed him is also still alive and wants nothing more than to either finally have Barnabas for herself, or destroy his family once again... 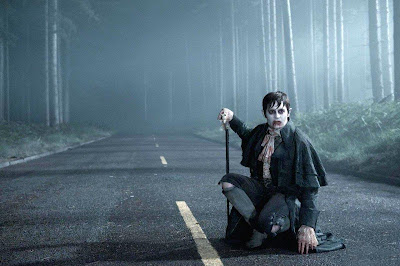 The first hour of the film was ok, while not amazing it was certainly watchable with the usual Tim Burton trappings and gloomy, fairy tale look. It really did feel at times like the director was just going through the motions. The plot though is terrible, the Witch Angelique Bouchard just repeatedly mingling between trying to destroy Barnabas and trying to get him to join her.  Depp as the out of place Vampire does a good enough job, his old fashioned mannerisms and his interactions with 1970's technology amusing at times giving the fish out of water approach such as when he calls the first car he sees a Devil arriving to drag him to Hell.  His appearance is pure Burton, all black and greys.

Something happened about an hour in though, the film just lost its spark and turned into a monotonous dull affair, with nowhere to go the story just starts repeating itself until the over long, overly dramatic ending that far outstayed its welcome and kinda reminded me of the end of the Casper film from the mid nineties. You shouldn't find yourself praying for a film to end.  Most the characters are unlikeable, even Depp himself due to his random butcherings of the Townsfolk. 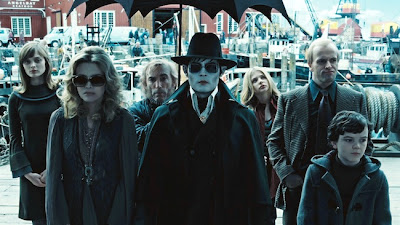 The acting is ok at times, though characters struggle to break out of their stereotypes, the usual Danny Elfman score, and of course the film looks really good. All in all one to avoid unfortunately, the sometimes bloody effects, and great direction can't save this film from mediocrity.