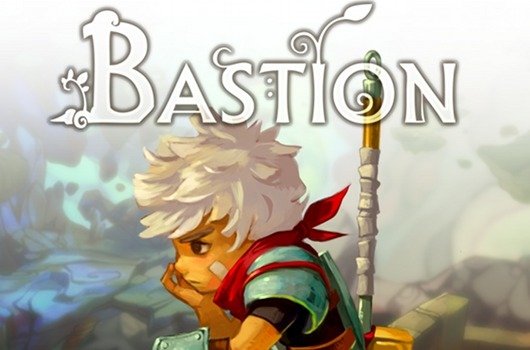 I completed this game a while ago, so my memory might be a little blurred. Bastion is a action RPG that was raved about for its lush cartoony visuals, and its defining feature: a narrator who comments on every action you do.

Bastion takes place post apocalypse (or post calamity as it is known here). The world has been shattered and destroyed, floating islands all that remains of the once vast city of Caelondia and its surrounding areas. You play as 'the Kid' who awakes on one of the small floating islands. Your immediate goal is to get to a safe area known as 'The Bastion' where people were told to go to in times of trouble. The remains of the city are deserted with most the population turned into ash. Monsters are everywhere, having came into the city now that there is no one to stop them. Upon arriving at the Bastion you meet up with a fellow survivor (the games narrator) who instructs you to collect magical crystals (called shards) from the world in order to make the Bastion reach its secret real potential. 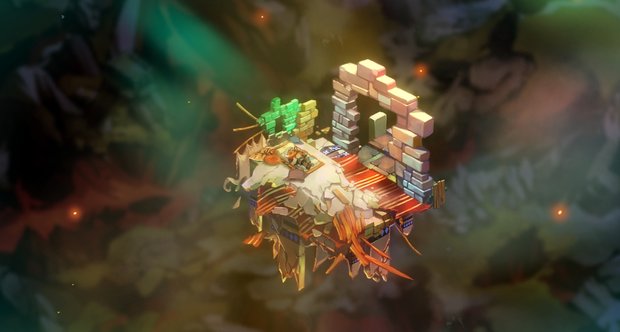 The game is level based, with the Bastion serving as a hub world. Usually you get a choice of levels to travel to; various parts of the city and surrounding countryside that still exist. Levels see you walking around a location that builds itself as you traverse, platforms dropping into place in a neat effect. Upon getting the shard for the level you must then escape the level. The format is pretty much the same for all the levels though there are variations. Training levels set you challenges to complete for power ups and upgrades for the many weapons. The hub level can be used to buy new powers, as well as level up existing weapons.

Despite the colourful look of the game it is a bleak story told. Nearly the worlds entire population perished in the calamity, with levels being ruins of the once prosperous city. A few characters provide plot that while nothing special has some deepness to it with racism and religious beliefs all brought into question. 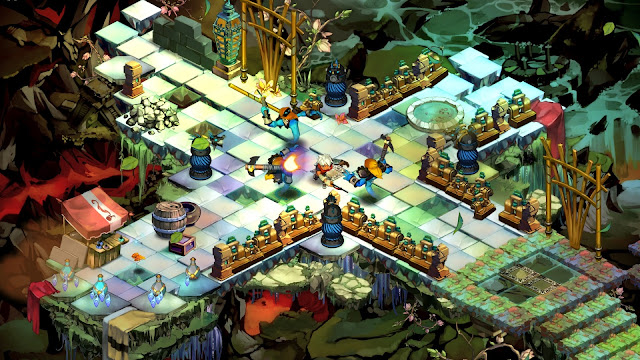 Combat is fun, you are able to have two weapons equipped at any one time which bring some interesting combinations. You have access to a variety of weapons that include a war machete, duel pistols, a hammer, crossbow, grenade launcher and more.

A bit of a muted review. I enjoyed Bastion when I was playing it but despite promises of a slightly different story I had no desire to ever want to play it again once it was done, maybe one day I will return. An awesome soundtrack by the way.

I just wanted to let you know that the book zombie housewives of the apocalypse has been released in print on Amazon and that your blog was mentioned in the resources section of the book as a zombie blog.

That's pretty cool, will have to check that out : )