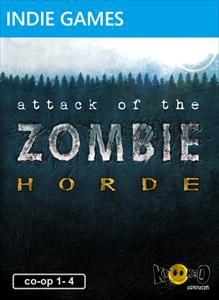 Been over a week since my last post again, due in a large part to some bad goings on in the real world. Attack of the Zombie Horde is yet another arena based twin stick zombie survival shooter on the crowded X-Box Indie games channel.

The game starts with a comic book intro that sees a commando team dispatched to investigate a body out in Alaska. The group stay behind while their 'copter flies the dead body away. The body promptly reanimates causing the helicopter to crash and leaving the commandos stranded out in the wastes of icy Alaska fighting off waves of flesh eating creeps. 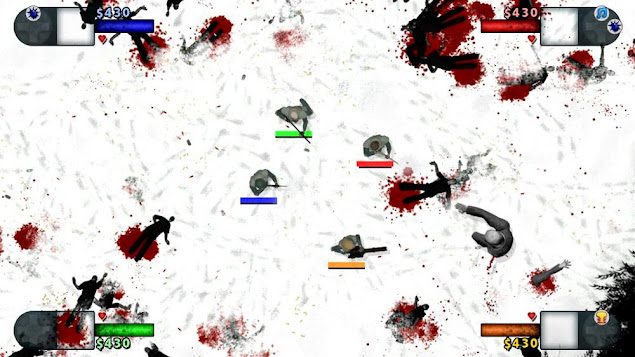 The game is well made for an 80 Microsoft points game but sadly it is the exact same format as a million other games so soon looses its appeal despite the inclusion of a story mode. You are in a snowy clearing with trees all around that the hordes run, crawl and shamble out of. When killed they spill plenty of dark claret, and the zombies are shady enough to look realistic rather than overly cartoony.

Killing zombies nets you cash which can be used to purchase different guns that can easily be switched between and all have infinite ammo. Some also drop pick ups such as grenades.  Another four player game also. 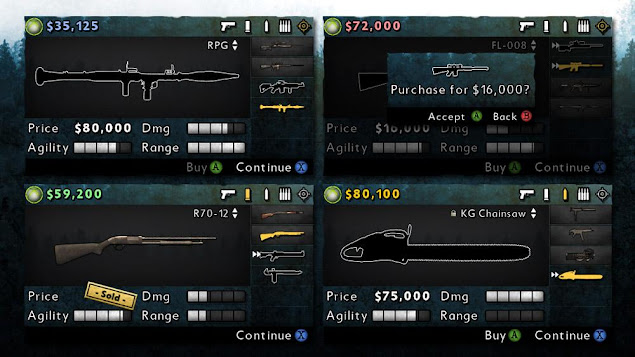 All in all, Attack of the Zombie Horde is yet another twin stick shooter which while competent has a million other versions available and does nothing special to recommend it over them.

Posted by Daniel Simmonds at 05:32