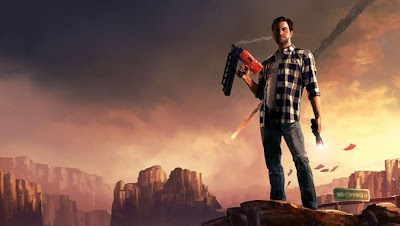 This XBLA game is set after the events of the sublime Alan Wake.  Alan has returned from the darkness to a world that takes place in Night Springs (the Alan Wake Twilight Zone Copy) where he is hunting his evil clone Mr Scratch.

American Nightmare feels like Alan Wake but has more emphasis on combat.  The demo sees you arrive in Arizona and make your way to a Motel.  There your plan is to recreate a series of events you have written about in lost manuscript pages in order to stop a portal from the dark world that is releasing the Taken (Alan Wake's version of zombies). 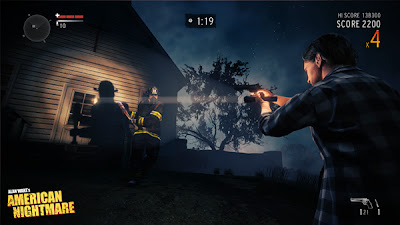 There are pages to find, radios to listen to, and live action TV broadcasts (starring Mr Scratch) to watch so is more story than I had expected.  The combat is as fun as it always was bur has more weapons including sub machine guns and nail guns.

At 12,000 Microsoft points the game is a tad too much for me, but the second it is in a sale I will be snapping it up. 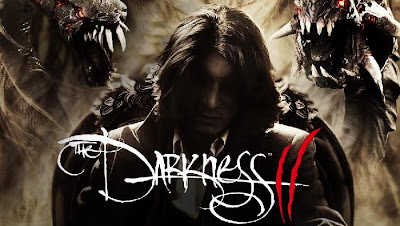 The Darkness was a fun first person shooter set in a grimy New York that felt at parts Condemned and F.E.A.R with it's realistic settings.  Made by a different studio The Darkness II is cell shaded and thus more of a bright game, but certainly no less violent.

The demo starts with you; Jackie Estacado nailed to a cross by an unknown group.  As you pass out you flash back to an attack on a restaurant you were at.  Nearly dying you were forced to call upon the powers of The Darkness.  The Darkness gives you super human powers, as well as tentacles that can be used to grab enemies and rip them into pieces. 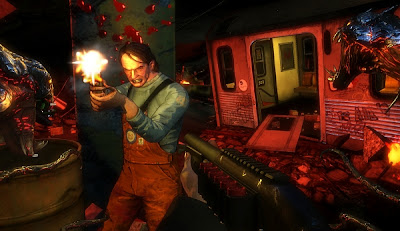 The feeling of power is well done, you are able to attack enemies both by shooting them and by using your tentacles which can pick up objects to hurl at your assailants as well as slice them up.  It is very bloody with lots of cartoon violence.  The demo sees you make your way from the restaurant through the New York streets down to a subway.  The level design is nothing special and there was not much variety to proceedings as you hacked and blasted your way through.

Still, I was a fan of The Darkness, and as a little taste of the game it has got me interested but not something I will be rushing out to buy.
Posted by Daniel Simmonds at 07:46