Interview with the creators of ZOMBIE MURDER EXPLOSION DIE! - A new web cartoon 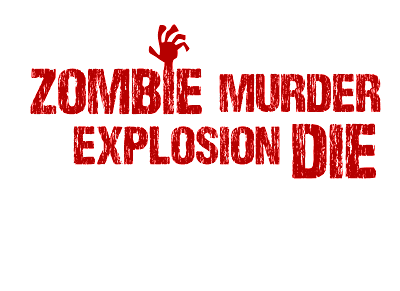 ZOMBIE MURDER EXPLOSION DIE! is a new zombie comedy due to launch 6th February. I was lucky enough to get an interview with Scout Raskin (producer), Andrew Racho (writer/director), and Jeff "Nachotoonz" Campbell (creator/art director). 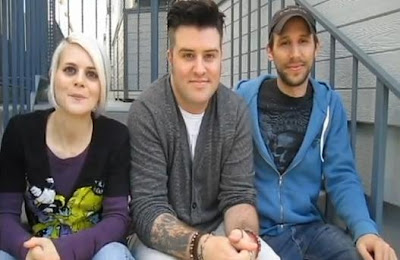 Welcome to The Rotting Zombie! Having seen the launch trailer for ZMED I am looking forward to seeing the show. If you had to sum yourselves up in one sentence what would it be?

We're a crazy bunch of artists that love zombies and love making cartoons!

So what made you decide to do a zombie themed comedy show, and what inspires the humour?

Jeff, the creator and bloke responsible for the art, had the initial idea.  He thought that zombie movies and shows take themselves a little too seriously.  We wanted to explore how tech-addicted people would deal with a zombie apocalypse and that's where a lot of the humour comes in. I mean, think about it.  If s*it hit the fan, you'd probably be more concerned saving your cell phone battery so you can update Facebook rather than searching for food and shelter.  That's the world we live in now and we love poking fun at it.

I always loved zombies, then they came into fashion (so to speak) so are you riding on the coat tails of the fad or is there a genuine love of the subject matter?

When have zombies ever been out of style? We genuinely love the genre. It allows people to imagine their own survival in a crazy world and feeds into that fight or flight instinct we all have inside us. That's why the subject matter seems to resonate with so many people.  We had developed Zombie Murder Explosion Die! long before The Walking Dead came on the telly, so we're not trying to ride out the fad, we're just making the show we wanted to see.

The humour of the show really comes out in the trailer, what would you say your favourite comedies are?

Andrew: Breaking Bad, The Accused starring Jodie Foster - just kidding! Character-driven comedies in which the characters cause their own problems through their personalities. Arrested Development, Venture Brothers, and my admitted guilty pleasure:  Saved by the Bell.

How many episodes are there planned to be, and how long does it take to create each episode?

We are planning to do 6 episodes in 2012 for our 1st Season.  After that, who knows? It takes about 2 months to do the episodes from storyboards through post-production. 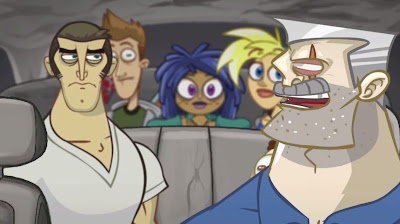 What are your favourite zombie films? For me it would have to be the original Romero trilogy.

Andrew: Romero's original Night of the Living Dead because it started the genre. It wasn't derivative of previous works. It was based on genuine fears born within society, much like the old Twilight Zone series.

Jeff: Shaun of the Dead

Do you prefer runners, or shamblers?

Andrew: runners - brings a greater sense of danger. It's more reflective of the times - about how isolated people are.  One running zombie is scarier than 50 slow-moving ones.

Jeff: runners - they are more of a threat.

If a real zombie apocalypse occurred do you have a survival plan in place?

Scout: I've thought about this A LOT - actually, it's kind of an obsession.  First of all - you gotta get a tricked out bicycle and raid the gun shops for weapons and bullets.  Then you gotta stay on the move, picking up food where you can find it and definitely make sure you have a clean water supply.

Andrew: yes, but I won't tell you because everyone will copy it : )

Jeff: lots of melee weapons, a solar car, and a machete, you never have to reload a machete. 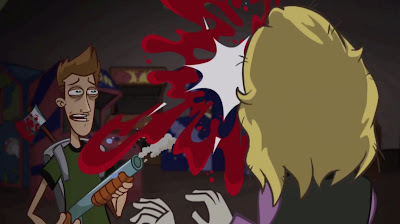 Can viewers learn anything from the characters of your show?

Viewers can learn how to epic fail their way through a zombie apocalypse.  Haha. Our tech-addicted teens would have been the first ones eaten if it weren't for each other and the big guy, Jack, protecting them.

I admit this question is more for my own personal interest but do you guys play videogames, and if so what are your favourite games?

Scout: I play a lot of old-school Nintendo games - like Mario.  I get totally confused and turned around in modern first-person shooters. Ahh! Too many buttons.

Andrew: My favourite game of all time is Legend of Zelda: Link to the Past.  It's a quick and simple play.  It has everything a gamer would want: re-playability, action, its engaging, and fun.  I'm also a huge fan of the survival horror series Silent Hill.  There's nothing like playing that game at 3am and being scared, so you can't sleep.  Also, Alan Wake was a recent favourite of mine.

Jeff: Earthworm Jim.  The graphics they could do for that time were amazing and the game play was awesome. 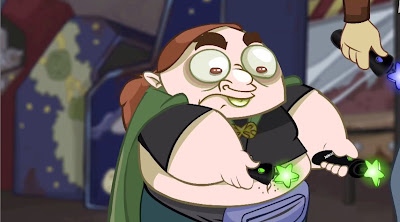 Lastly why should anyone be interested in ZOMBIE MURDER EXPLOSION DIE!?

We're guaranteeing each of the things in its title in ever episode!  The episodes are quick, funny, and filled with gore!  It's also the only zombie cartoon series on the internet to date!

Thanks for the time, and I wish you good luck for the future!

ZMED launches this Monday 6th February on the Machinima channel on Youtube.  Be sure to check it out for what I hope will be a most ace show.