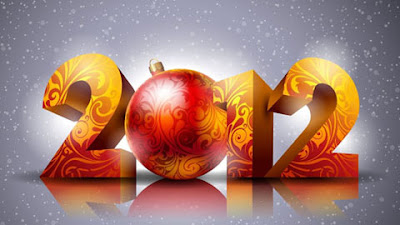 A new year, and hopefully a new lease of life for this blog.  As my job is to end very soon I will for a time (a short time I hope!) be able to devote myself to this place a bit more.  It is not a lie to say I have neglected it a bit, it could do with a dust.  I have a competition coming soon! So there you go, something to look forward to.

I am playing Shadows of the Damned about a Mexican called Garcia Fu*king Hotspur who is on a journey through Hell to rescue his lost love in a 3rd person actioner.  Also being played is the immense Skyrim of which I was 32 hours into when I stopped playing it for the last few weeks.  The very boring RPG The Last Remnant is kinda being played, as is Sam and Max: Night of the Raving Dead which is full of zombies. 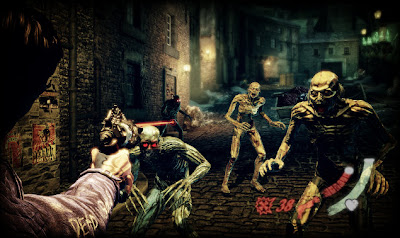 I got a few more horrors for Christmas to add to my growing pile.  Quite a few zombie ones such as Children of the Living Dead, Siege of the Dead, Zombie Town, and Zombie Virus on Mulberry Street.  I have two episodes left of Season 1 of The Walking Dead also.

I intend to read more this year, most likely starting with Swords of the Dead (I think it is called) that I was sent quite a long time ago now to review, as well as some horror comics that I have also been sent.  Need to keep up to date with tasks I get sent rather than putting my own stuff first.

Well I hope you have a shocking new year, and if the world does end this year I hope you are one of the unlucky survivors so that you can join me in taking my girlfriend to a green burial site if she should perish.  I will need a gang to get me past marauding mutants and the infected as I carry her corpse on the back of a horse to complete her dying wish. That almost sounded poetic...
Posted by Daniel Simmonds at 05:55