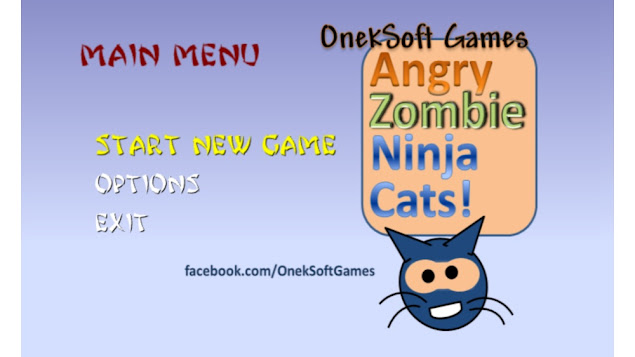 I have not reviewed a zombie indie game for a long time, and with good reason; they are nearly all utter trash.  The title alone almost put me off playing Angry Zombie Ninja Cats.

Cats are evil creatures, so zombie ninja cats you would expect to be even worse. You play as a ninja cat who has to platform itself through nineteen small levels, collecting green jewels, avoiding or killing the zombie cats and then locating the exit. I only played the trial and so don't know if there would be more levels after the initial nineteen but as it is a 80 Microsoft Points indie game I doubt it. 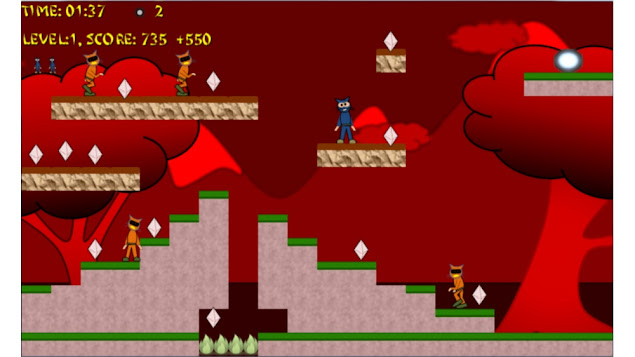 The ninja zombies walk from left to right, if you get near them they flash red and charge towards you.  You can kill them by shooting them with collected flying stars as well as touching them while invincible. Levels are short and not hard at all. Animation is kept to a minimum. Dying involves you vanishing then reappearing at the level start.

Angry Zombie Ninja Cats is colourful and cheap and does feature a very good background song but there is nothing much to the game and could have done with having more of a platforming puzzle element to it. The zombies do groan at you though which is something I guess!

Posted by Daniel Simmonds at 10:04