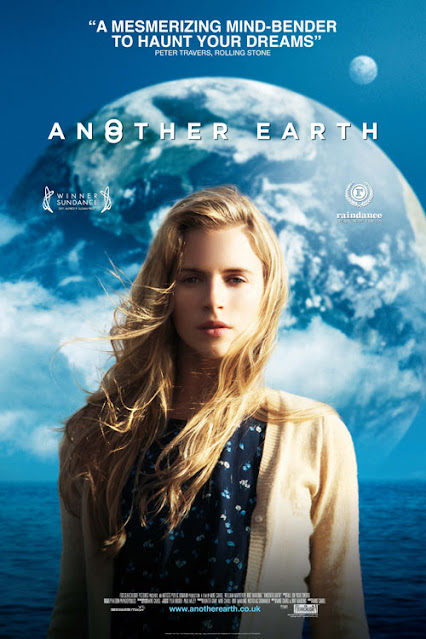 Another Earth it has to be said is not technically horror, well ok, it is not remotely horror, but it shows such isolation and real life despair. I was convinced to watch this after two friends raved on about it, I was captivated from start to finish.

Another Earth has a kind of sci-fi background to it but mainly it centres on a lonely woman. The night a new planet appears in the night sky a talented young student Rhoda Williams (Brit Marling) under the influence crashes her car into a family of three. A young boy and his Mum are killed, while the Dad; John Burroughs (William Mapother) is put into a coma. Four years later Rhoda is freed from prison, a shell of her former self suffering major depression. Lacking the courage to admit her crimes to the other survivor of the crash she instead poses as a house cleaner determined to make his life better. In the four years she has been in jail the other planet has gotten closer and is revealed to be a second Earth, identical in every way down to the people and places; a mirror Earth. Rhoda enters a competition in the hope of winning a seat on a Spaceship that is going to fly to the second Earth so that she can escape the misery of her life and start a new one. 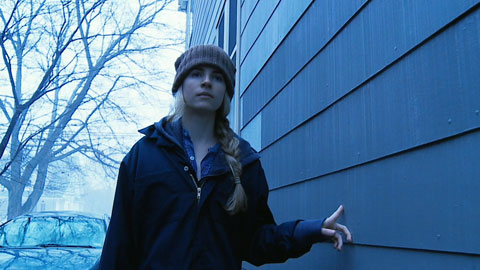 Another Earth does not have much dialogue in it, a lot of the film is spent following Rhoda in her daily life, silent train journeys, walks, and working in her medial job as a high school janitor. She has lost her opportunity for a good life, shunning the company of others, obsessed with helping Burroughs whose life she ruined the day she killed his family. Burroughs is also a loner, spending his days locked up in his empty house, a mirror image of Williams he too has given up on getting any joy from life.

The characters really make this film work, Mapother and Marling perfectly portraying ruined shells who just no longer fit into society. Williams family don't understand her, old friends shun her and she has become obsessed with serving Burroughs. The second Earth story is clever in that by taking a back seat to a more mundane story it becomes in itself more realistic despite how stupid the idea of an identical second Earth appearing is. No explanation is given and is usually only talked about via TV and radios playing in the background of scenes. The growing relationship between the two main characters is well handled and apart from a stupid side plot involving some barmy native American, Williams works with at the school, the film is near perfect in its bleakness and loss of hope for the world. The ending managed to send a chill down my spine (somehow) and was a good finish to a thought provoking insular journey through one girls life. 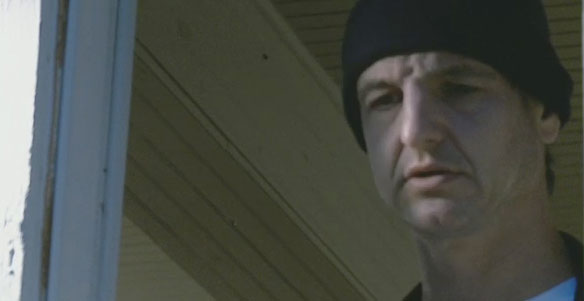 No horror, not much sci-fi but lots of interesting thoughts within Another Earth, and a filmed style that totally absorbs you.

Did you like the musical saw scene?
You can hear music from it on the composer's website http://www.scottmunsonmusic.com/news/music-in-film-another-earth-soundtrack/

I totally forgot about that scene, but yeah, it was great thinking back, such weird sounds from a Saw, never even knew it was possible