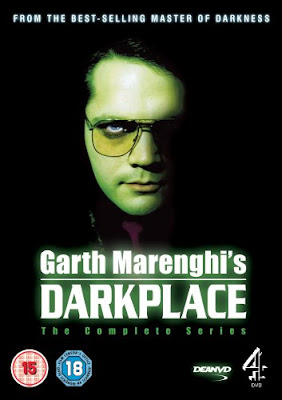 I love this show, and have long wanted to spread the word about it's brilliance.  After watching through all 6 episodes again yesterday I thought it was prime time to review.

You may notice that halfway through the review the text size changes, this is because BT who I have my Internet with are useless and I had to hurriedly cut and paste a load of text to Word after my Internet connection cut out.  Unfortunately Blogger hates having text copied into it from Word so leads to all the mistakes seen here which are beyond my ability to fix.

From the best selling master of darkness Garth Marenghi comes a re-released edition of his seminal 1980's horror show 'Darkplace'.  Darkplace takes place in Darkplace Hospital at Romford.  A gateway to Hell has opened beneath the Hospital, and so each episode a different evil must be dealt with by the only man who can; Dr. Rick Dagless M.D (Garth Marenghi).  Dagless is joined in his fight by his best friend Dr. Lucien Sanchez (Todd Rivers), his hard ass boss Thornton Read (Dean Learner) and woman Dr. Liz Asher (Madeline Wool). 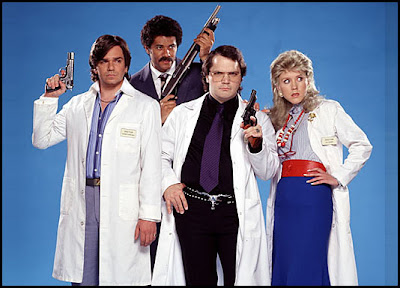 Unfortunately the show was cancelled before any episodes where ever shown but here on this DVD 6 episodes have been saved together with interviews with some of the original cast members to bring the ultimate Darkplace experience as well as a host of extras such as a small booklet, lost scenes, interviews, retrospectives and more.

Of course none of the above is actually true, the show was created in the early 2000's by Matthew Holness (Marenghi/Dagless) and Richard Ayodade (Learner/Reed) and is a parody of bad 80's shows.  The whole thing is played straight faced with a plethora of  terrible special effects, wooden acting, bad filming, sound issues, dubbing and stand ins that make the shows hilarious to watch.  This is helped massively by the modern day interviews with the cast that inter cut the show, the actors and Marenghi all convinced of the shows power to terrify and astound even now.  This contrast between purposely terrible show and straight faced opinions on the power the show still has today fuse together for utter hilarity. 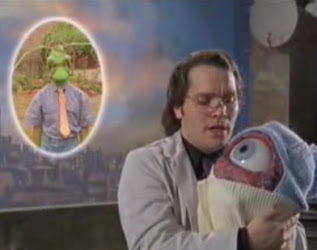 There are six episodes on offer, by far the best two are 'Hell Hath Fury' (about telekinetic powers), and 'Scotch Mist' (the controversial racist episode about an evil Scottish mist) and are ones I watch over and over.  There is not a bad episode on offer here, each have their high points such as the crazy slow mo fight sequence in 'Skipper the Eye Child' for instance.  Even knowing the whole thing is a hoax it is still hard sometimes to remember this as everything on the DVD is done so po-faced.  Even the episode commentaries are done in character by the (actual) actors.

The problems I had with this are not real problems at all and comes from some of the cast who are well known for comedy and so take you out the hoax.  Ayodale is best known as Moss from the I.T Crowd, while Matt Berry (Rivers/Sanchez), Julian Barratt, and Noel Fielding from The Mighty Boosh also appear.  The show feels so authentic, and apart from a scene too ridiculous (a chase sequence in the episode The Apes of Wrath) all works really well.  Special mention must be made to the amazing soundtrack, all synths and creeping horror tunes that really embody the 80's 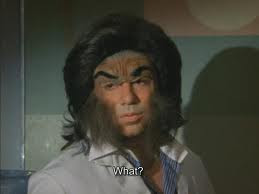 The show is hilarious, and whilst a bit dark is very re watchable, horror comedy done well.

This looks AMAZING. I think I remember seeing that guy in the UK Office.

Yeah, I believe he turned up in 1 episode as the sarcastic tech guy. There is hidden text on the review, the big black space actually contains more text if you drag your mouse over it. For the life of me I cannot get it to show up. The show is sooo funny

I still need to see Simon Pegg's show from before 'Shaun' as well... this is now just one more in a long list of stuff to watch.

On a side note... DAMN the British do comedy properly.

You must see Spaced, amazing show, and has a zombie episode which inspired 'Shaun..'