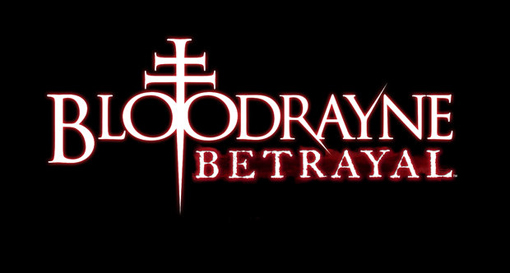 I must say the demo for BloodRayne: Betrayal has really whetted my appetite for this game. The music, setting (what appeared to be the outskirts of a huge castle on the eve of a giant full moon) and action all reminded me heavily of Castlevania games of old.  Replace the red haired vampire woman (well half vampire) and it could easily pass for a new entry.

The game has a lush cartoony art style like anime, enemies spill blood plentifully, and you can cause head decapitations, and bodies ripping in half. Your character is armed with twin blades, as well as a gun with limited ammo. The demo is limited to nearly two levels. Both have you walking from left to right fighting mostly blonde haired vampire men armed with swords and guns. Many times you will be unable to progress until all the enemies have been dispatched on screen. 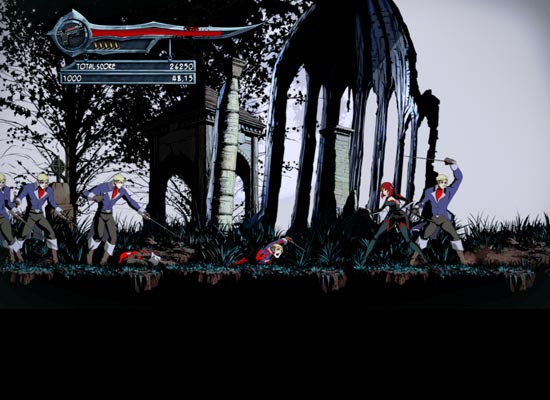 Objects in the game world both help and hinder you. There are exploding barrels, as well as ones that can be tipped over and rolled. UV lights drain your health so must be avoided or destroyed. Along for the ride are human allies who provide conversation speech bubbles as you pass them.

The demo ends with the start of a boss fight against a  giant robotic animal. The game looks beautiful and if it offers enough variety I can see it being a very good game. Definitely worth a download.
Posted by Daniel Simmonds at 11:30