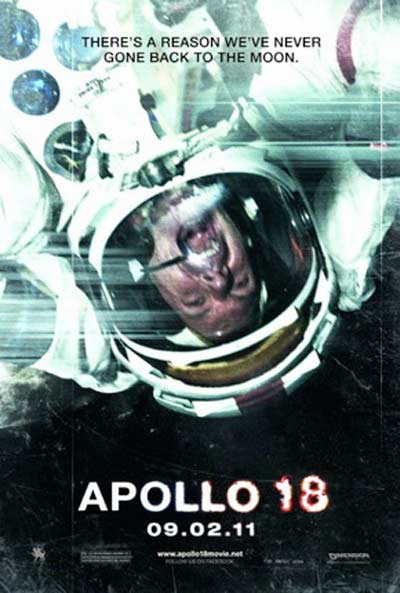 The Apollo series has now reached its eighteenth film with the release of Apollo 18. I have only ever seen Apollo 13 prior to this and that was one boring film. For Apollo 18 they have moved into the horror genre (yes I know there is no such series, I am attempting to be funny!). It is a horror film in the found footage genre (think The Blair Witch Project, Paranormal Activity, Quarantine).

The film starts with a message saying that the Apollo 18 project was cancelled due to budget concerns. It goes on to say that an anonymous person uploaded over eighty six hours of footage to a website reported to belong to an Apollo 18 secret mission to the moon. The film is pieced together from that footage. 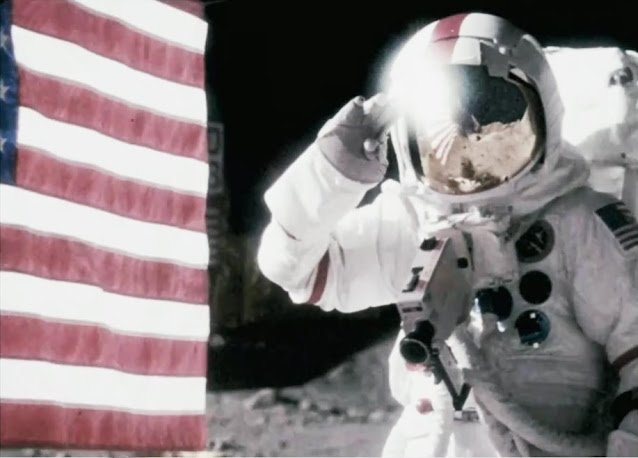 Three astronauts (Walker, Grey, and Anderson) are sent on a secret mission to the moon to collect rocks, as well as more importantly install some detectors for use against Russian rockets (the film is set in the mid 70's). Grey remains in orbit around the moon while Walker and Anderson land in their lunar pod. At first the mission seems to be going well despite strange interference with their systems but then they notice mysterious footprints. They follow these footprints to a Russian lunar pod that has been trashed and is covered in blood. Suspicious how they happened to land so close to the Russian landing site (the Russians were never supposed to have gone to the moon) the men speak to Houston who refuse to answer their questions. Soon after stranger and stranger events happen with their pod rocking violently during the night, strange tracks in the ground appearing and even the American flag they had planted vanishing. They soon realise that they might not be alone...

Apollo 18 it has to be said is kind of boring for a lot of its run time. Lots of shots of landscapes are used, these are effective in bringing home just how far away and alone the astronauts are but used a few too many times. At an hour and a half the film feels twice the length at times. Apart from a few sections filmed at the start that take place on Earth the majority of the film is set on the moon. There is no down time as a result that other films in the genre benefit from, even when strange stuff is not going on you are still aware how isolated and totally alone the two men are. 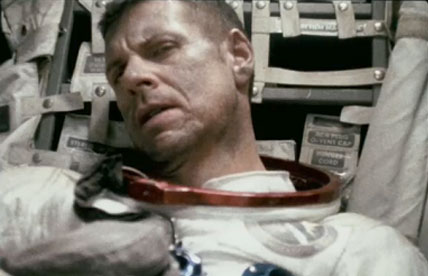 All the usual found footage tricks are used, and just feel generic here. The strange noises, jump scares, people gurning at the camera pointed close to their heads, people being dragged off camera by things unseen; all these have been done in other films. The films highlights are when the astronauts ever descend into one of the moon craters where the sun doesn't shine. These are pitch black, lit only by the intermittent flash of their cameras, kind of unsettling. Creepy is what the film truly lacks though, with a cast of just three they are not strong enough to hold it together. Don't get me wrong, at times the film was exciting, tense, and even mysterious but it is so predictable that it just fails.

My main complaint, and one which would totally make or break this film for me was how it would explain all the lost footage being found. By the end of the film there are numerous cameras dotted over the moon, as well as a few floating around in space so it seems ridiculous how this came to be recovered and was the final nail in the coffin for my enjoyment of the film. Found footage films present themselves as real so having such an obvious plot hole such as this just kills the believability. 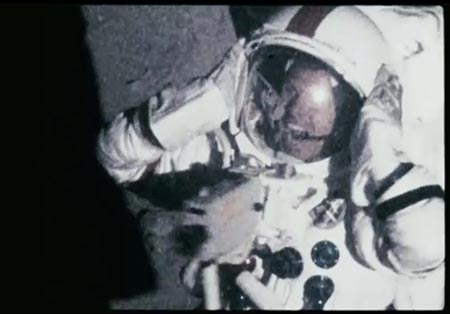 Apollo 18 was an interesting take on the genre, sadly one that fails due to lack of horror and just not enough original ideas.

Posted by Daniel Simmonds at 04:04

The rest of the post is great, and I think I'll actually skip this one. But that joke, man, SO FUNNY.

If you found 'Apollo 13' boring then I can't take anything you say seriously. Amazing.

My opinion of Apollo 13 is that it was boring, that opinion comes from my teenage self who went to the cinema expecting an action film and instead got a disaster movie. This was back before the internet so I didn't have too much of a way of knowing this beforehand. I get that's on me, and while I'm sure my more mature self would probably like it a whole lot more it's one I've never returned to. Nowadays I love films set in space, but I'm still not a fan of disaster films, they make me feel too anxious.