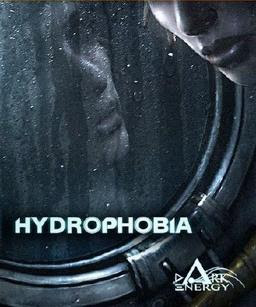 Long had I been meaning to play the downloadable game Hydrophobia, finally the other day I did.  Just a few hours of play on it later and it was all over.  Was it worth the wait?

Hydrophobia is a thriller set in the near future where the worlds population has grown to an unsustainable amount.  You play as Kate Wilson; a system engineer for a luxury city sized boat called 'The Queen of the World'.  The game starts on the 10th year anniversary of the boats creation.  During the celebrations a series of bombs go off and the boat comes under attack by a terrorist organisation calling itself 'The Malthusians' (after a real life political economist who predicted one day population growth would lead to vast trouble).  Finding herself caught up in events Kate with the assistance of her friend Scoot (the voice on her transceiver) must find a way to escape the flooding levels of the ship as well as discover just what it is the fanatics are trying to achieve and how they come to so quickly take over all ship communications. 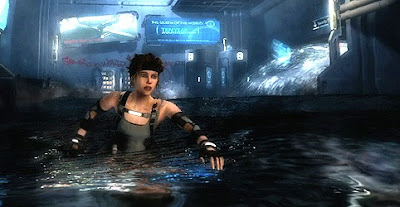 The game is a third person action game split over three chapters.  Most the action comes from the unpredictable water that is sweeping the levels giving the game the feel of a disaster movie as Kate must traverse flooded corridors and lift shafts, deal with outbreaks of fire and crack the coded security systems.  It is not till the second chapter that Kate even gets access to a weapon.  Your weapon is a futuristic gun that fires sonic beams capable of stunning enemies and destroying objects.  Knocking an enemy out in water leads to them drowning while a plentiful supply of exploding barrels around the locations can be used to sneakily take out enemies.  The water is both your enemy and friend, glass windows can be shot out to flood enemies or to raise the water level giving you access to higher platforms.


The gun has quite a few different functions, the electricity mode being the most useful with all the water around.  There is only the one enemy type; a hooded terrorist who act pretty much identically.  The problem is that they can be hard to spot until you have accidentally walked into them, a radar type function would have been useful.  For the most part you go from location to location following a marker doing random jobs to help your progress through the ship such as putting out fires, and gaining new hacking tools. 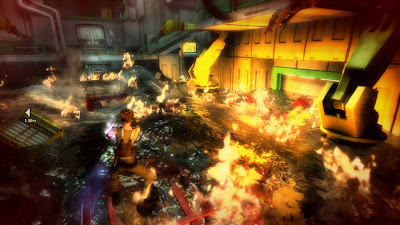 The story is quite cool but is let down by some terrible acting.  Scoot is the person you hear the most, coming across as a camp Scotsman the voice actor is terrible, I was convinced he was going to secretly be revealed to be evil due to his apparent pleasure at the awful situations you get into, and his general air of finding the whole terrorist attack funny, even when he is trying to be serious he just comes across as taking the mick.  The environment is used far more cleverly to give story, TV screens play a sinister terrorist ad (Save the World, Kill Yourself) while your scanning tool you have reveals creepy graffiti and quotes written over many walls of the ship (not visible to the naked eye) that gives the impression of the terrorists having been on the ship for some time, but in disguise waiting for their time to strike.


The game has many faults, Kate is supposed to be scared of water but this is never really shown at all, while the camera can get confused sometimes, especially when floods suddenly happen.  The game is very short and was supposed to be the first in a trilogy, that doesn't excuse the games ending.  During a cutscene the game just abruptly ends and credits role, no cliffhanger, no resolution of any story threads, it just ends, lame! 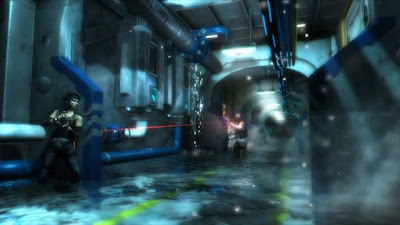 I enjoyed the disaster movie feeling of the game, if it had been longer, more variety in its locations (mainly just engineering corridors) and ended properly the game would have been far better.

Posted by Daniel Simmonds at 02:03