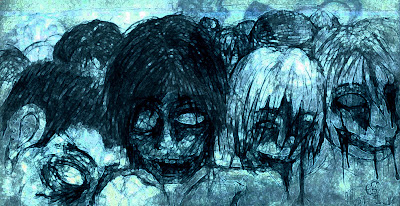 Has been raining quite a lot lately, rain is great weather to observe, and even to be out in for limited times.  Still jobless but still dedicated to my blog (kinda). The blog has as of late been a bit too game centric for my liking, I want to try and get more of a balance between games, films and everything else horror related.

I am currently on game five of the Splinter Cell odyssey, these are third person stealth games that have really no bearing whatsoever on horror.  I have Fallout: New Vegas waiting to be played but due to my job situation I cannot afford to get the DLC and so don't wish to play it until I can afford the new missions.  I have to say the lack of ability to carry on playing after the end has really put me off it; I don't want to accidentally complete the darn thing!  Also still waiting to be played are Final Fantasy XIV which I got 20 hours into about 4 months ago, as well as Metroid Prime which I got quite far into about 8 months ago before stopping playing.  I really hope I am able to integrate myself back into these again. 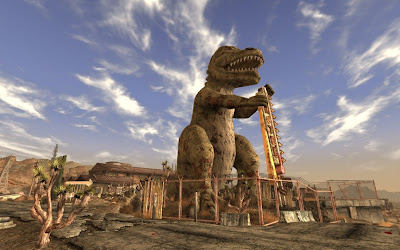 On the film side of things I still have a giant pile of horror DVDs to watch that I got for Christmas. There is not a lot of stuff at the Cinema at the moment, I did think about reviewing the new Harry Potter but I think I learnt my lesson with the Percy Jackson film I once reviewed.  Needless to say part two of the Deathly Hollows was quite good despite the dodgy ending.  Saw Sucker Punch recently, quite entertaining and had plenty of zombie like Nazi's.

For some reason Shock Horror magazine always gets lost in the post, there has not been a single issue that I have not had to re request.  I have Issue 5 sitting on my desk so a review will follow once that is perused.  Lots of horror books to read but my reading time has reduced dramatically from the old days. 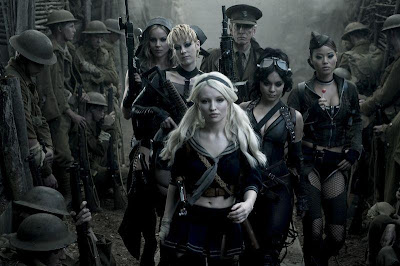 Anyway that is it from my general update for this month. Please feel free to leave comments if there is anything I say that you don't or do agree with!
Posted by Daniel Simmonds at 11:20