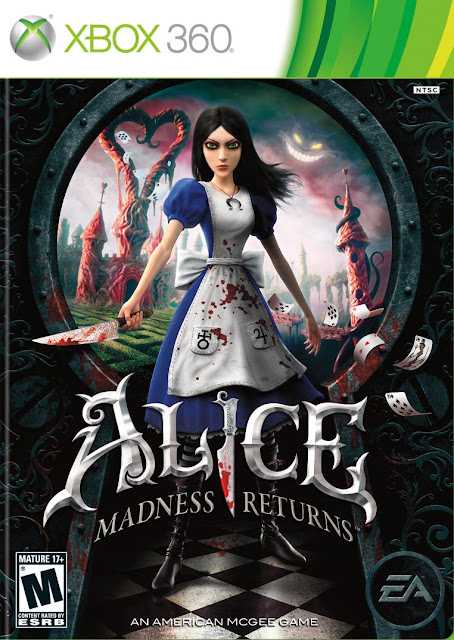 I was looking forward to the release of Alice: Madness Returns, I don't know why but for some reason I was quite excited for it. I first played the original Alice included as a bonus on the disc before settling in to play the sequel. There may be spoilers in this text I must warn!

Alice: Madness Returns takes place not too many years after the end of the first game. After leaving an asylum Alice has been staying at an orphanage run by psychiatrist Dr Bumby. The doctor has been trying to get Alice to forget her memories of the fire that killed her parents but this has resulted in her Wonderland becoming a ravaged place. In Wonderland an evil train is rampaging through the world destroying everything it encounters. To save Wonderland Alice must discover the origin of the terrible train, while also dealing with her own madness and hidden memories of the past. 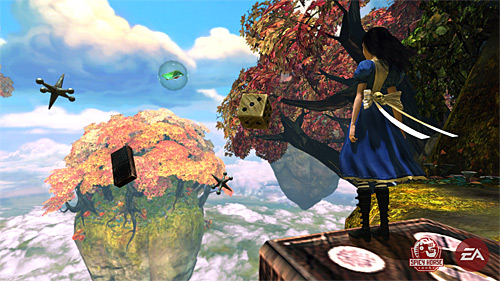 Compared to the original Madness Returns looks amazing, I guess not surprising as it has been about ten years in between the two games.  The game is beautiful with a variety of locations different enough to avoid stagnation, and used as a carrot to lead you on to see what the game has to offer.  Starting off in the forests of Wonderland Alice travels through a variety of wildly different locations including the industrialised Mad Hatters tea factory, a land based on Japanese culture, under the sea, a dolls graveyard and the remains of the Queen of Hearts ruined kingdom (that you destroyed in the previous game). Each location feels fresh and exciting though a lot of the same things happen with just objects and scenery changed rather than a radically different feeling place.

For the most part Madness Returns is a platform game with basic puzzles revolving around switches. Jumping and floating around the environments doesn't really change. Most levels also feature 2D side sections as well as rooms in which you have to defeat all enemies to proceed. Splitting up the levels are stage unique challenges. A side scrolling shooter occurs in the second stage, while later stages see a watercolour styled 2D platformer, a simple marble maze and even simple rhythm games and chess. These sections nicely split up the normal action, especially in the later stages that outstay their welcome by being repetitive and over long (the Japan level in particular seemed never ending). 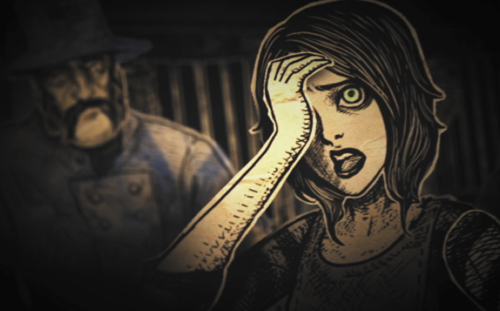 Each level has its own specific enemies that require different weapons and skills to defeat. While there are not as many weapons this time around you still have access to quite a few. You are armed with your trusty Vorpal blade once more, along with new weapons that take the form of a pepper grinder that acts like a Gatling gun, a teapot that acts as a mortar, a hobby horse and a time bomb in the form of a clockwork rabbit. These weapons can all be upgraded using teeth that downed enemies drop. Throughout the game the constant enemies are shade style blobs that have dolls faces as their weak spots, these come in a variety of forms such as flying, giant and caterpillar ones. The other enemies are far more inventive and include crabs with cannons (that they light with their cigars), samurai wasps, and disturbing naked dolls with hooks and blades for arms. Combat feels quite similar to Zelda games which is no bad thing.

The main plot of Alice recovering memories about the night of the fire is not that exciting, and her journey through Wonderland sees her just being directed from person to person, but the cutscenes are wonderfully done in a 2D paper style that is a joy to behold. Despite all its generic plot there is a sinister overtone of rape, child grooming, and sexual abuse that was unexpected for sure. 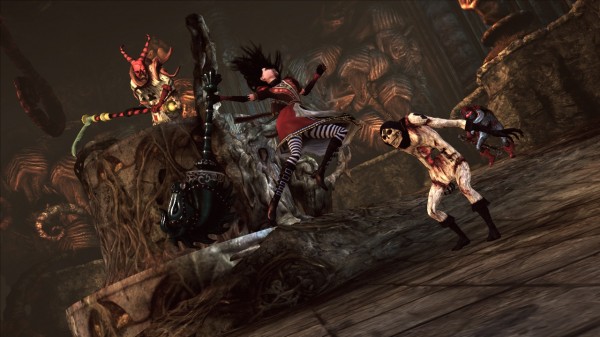 I enjoyed Alice: Madness Returns quite a lot but the repetitive nature of it, as well as some shoddy textures did mar the experience somewhat. The variety of locations kept me playing though, the games knowing absence of boss fights, and its attempt at a mature plot give yet another fresh look on Wonderland with yet again reinvented characters (the Mad Hatter now a clockwork doll, the Queen of Hearts presented as Alice's dead sister for instance).

Posted by Daniel Simmonds at 09:04