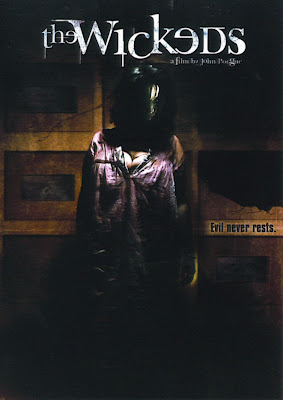 The Wickeds is a film on the Hard Core film label, a film label that is known for having many many terrible low budget pieces of trash on it.  The Wickeds is a low budget film, but rises above others of its kind by its good editing that means it never outstays its welcome. 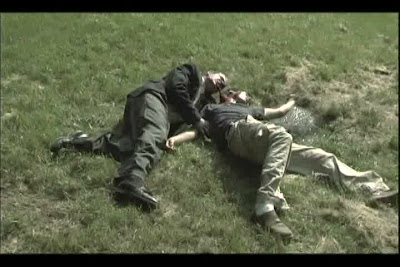 The film has a low budget, the acting is terrible, the effects are dreadful and the soundtrack consists of angsty metal every time its time for action.  The plot is the must basic kind and doesn't really go anywhere, mostly the film involves the trapped trying to find a plan to escape the mess they have found themselves in.  The teens are all really unlikeable jocks and jokers as well as a trio of screaming females while the grave robbers are no better.

There are a lot of zombies in the film with various stages of makeup, some only have face makeup, others have latex masks, while others are merely powdered white.  There is lots of variety in the zombies from a young baseball playing kid, to a bride, to punk rockers and men in suits.  The zombies are of the slow kind and quite clumsy and frail.  Lots of close up head decapitations and crushing which looks terrible when the zombies heads are made of rubber.  A few Vampires also pop up in the film, the lead vampire looking like Nosferatu, he can seemingly go where he pleases yet he only ever appears briefly and doesn't really do much despite lots of opportunity to do so.  A weird sub plot sees one of the girls get semi-possessed by a ghost but this doesn't seem to go anywhere at all (though does make a highlight of the film with a scene that is nearly scary!). 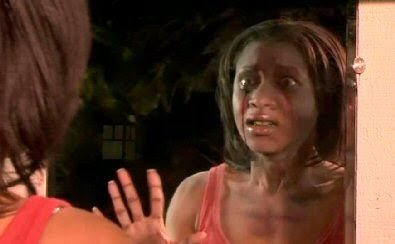 The film is very flawed with lots of amateur mistakes such as during a terrible sex scene a males trousers disappearing and reappearing during shots, and wounds such as a torn open neck having no make-up effects on them other than just to coat the neck in fake blood.  Misjudged use of slow mo is also used quite a lot, why does a scene where people jump about two foot off a porch onto a large pile of hay warrant dramatic slow-mo?

It is really hard to take this film seriously, despite a sometimes kinda witty script the film does try and keep itself semi-professional but the unlikable characters, bad acting, rubbish special effects make this nothing but a poor budget film devoid of any real ideas other than to fling zombies at young adults in time to metal music.  Still is enjoyable in places I guess.