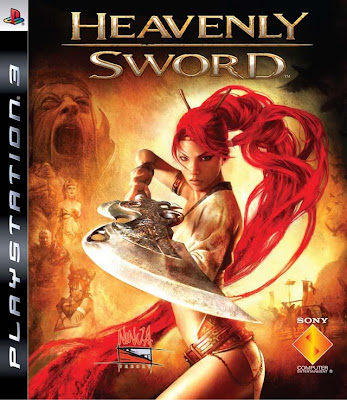 I picked this up on the cheap as it was one of the first PS3 games so quite old.  The game at the time was praised for its wonderful cutscenes but criticised for its actual gameplay.

Heavenly Sword takes place in a fantasy land where a powerful and ruthless warlord; King Bohan is rampaging across the land with his gigantic army conquering everyone he meets.  You play as Nariko a member of a warrior clan who find King Bohan's next step is to destroy them.  Nariko's clan has long protected a holy sword known as the Heavenly sword, it is said to grant almighty power but at the cost of the wielders life.  In desperation Nariko uses the sword and sets in motion a chain of events that has her as the only person capable of stopping the onslaught of the evil army sweeping the lands. 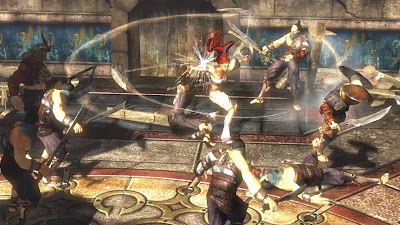 The story may sound nothing special but the cut scenes are amazing to behold using wonderful voice actors, and intoxicating motion capture that captures facial motions like nothing I have seen before.  For the most part the characters are pretty terrible, especially the leader of Nariko's clan; Shen who is just terrible.  The bad guys steal the show though, in particular King Bohan who is portrayed by the fantastic Andy Serkis.  Serkis brings such life and depth to the character of King Bohan that he steals every scene he is in, I really wasn't liking the game too much until this brilliant character appeared.  He is cruel, over the top, arrogant, witty and angry all displayed with perfect delivery by Serkis making him an utter delight to watch.  His army Generals are nearly as good also such as Flying Fox; a camp psycho and King Bohan's inbred retarded hulking son Roach.  So the story is well done but is the game actually any fun?

For the most part you play as Nariko, armed with the Heavenly sword you progress through levels hacking your way through forces.  Your sword has three different stances, speed, range and power which are self explaining really.  Enemies flash when they are going to attack so you are able to avoid or counter their moves.  Sometimes you will be fighting a small handful of enemies but sometimes you will literally be up against hundreds.  To mix up the fighting there are terrible QTEs (quick time events) as well as section where you man a cannon to take out attacking soldiers and their siege machines.  For some of the game you play as a crazy young girl called Kai who is armed with a sniper rifle.  These sections at first I found really hard but after getting to grips with the terrible tilt controls (to aim projectiles you have to move the controller around) they did become quite fun.  The game just feels so dated in its action scenes. 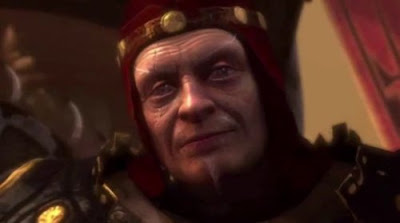 The gameplay highlights are the boss battles that all involve different styles of play and help to split up the endless fighting.  The bosses all have attack patterns they stick to but their dialogue (and usually King Bohan's exasperation in the background) give these battles a fun feeling.  Nearly every enemy type in the game is a human soldier but there are some monsters that appear as well as a snake woman and the finale when a Hellish force makes an appearance.

Heavenly Sword is quite dated in its gameplay and can be frustrating at times but it is really cheap now, the cutscenes and amazing acting of Andy Serkis make this worth playing for his parts alone.

Posted by Daniel Simmonds at 06:41