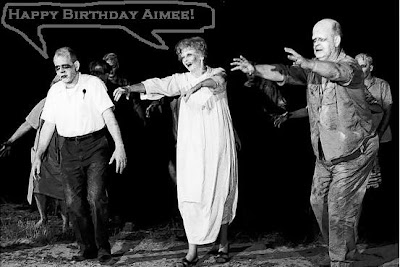 Hello, another month gone by, still unemployed! I would like to start off by saying happy birthday to my lovely girlfriend as well as give her credit for me finding out about the inability of Britain's government to combat the zombie threat.

I have quite a few posts in the works at the moment with reviews of Castlevania: Harmony of Dissonance and the zombie mode of Saints Row 2 ready to go.  Ok so I have two posts ready, but it is nice to have some ready for once rather than create on the spot.  So onto videogame news...

E3 saw the announcement of a few horror games, the most interesting sounding to me is the Kinect game Rise of Nightmares that sees you battling zombies and monsters via your fists!  Will probably be rubbish but it is the first game that has gotten me interested in Kinect.  Other horror games featured at E3 were Resident Evil: Revelations for the 3DS, XCom and a slew of Silent Hill games.  Silent Hill Collection for the PS3 brings together the fab Silent Hill 2 and 3 in HD while more was shown of the newest entry in the series; Silent Hill: Downpour as well as the announcement of Silent Hill: Book of Memories a multiplayer Playstation Vita game. Oh yeah, there was also more details of the Dead Rising 2 remake; Dead Rising 2: Off the Record.

I have a host of films still left to watch so reviews of those will follow.  I have been lazy recently when it comes to going Cinema so I need to get back into that to see any new horrors.

My new blog is now live and can be found at www.therottingzombie.co.uk but it is still in the design stage and so is quite incomplete at the mo, I will plug it more when it progresses, I'm just sick of Blogger so want my own place to control (and not have posts vanish!)
Posted by Daniel Simmonds at 02:40