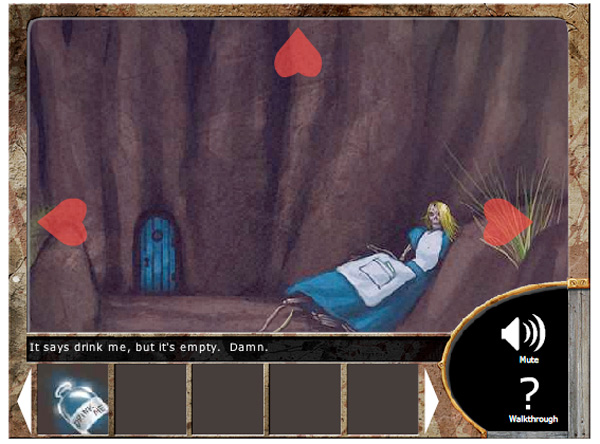 Ok, it must seem like my blog is turning into one dedicated solely to strange Alice in Wonderland games (after my recent review of American McGee's Alice and Alice: Madness Returns), but that is not the case, it just so happens that I randomly stumbled across another Alice game while browsing Newgrounds (a flash based video game site).  Here is the link if you are interested; Alice is Dead.

Alice is Dead takes place in a Wonderland that is again different from the Wonderland of the books. The game is a point and click adventure that is spread over three episodes. Episode 1 starts you down a pit next to a long dead Alice. It is the most fantasy like of the three episodes and is quite creepy with a chirpy song played throughout. Written all over the walls of the pit are Alice's desperate pleas for help and her horror at discovering she is trapped down the pit. On her corpse is a piece of paper simply saying 'kill white rabbit'. 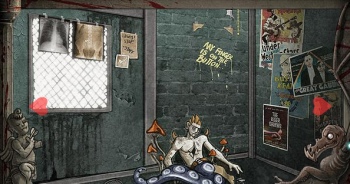 Episode 2 and 3 leave the fantasy setting and turn into something much less interesting with a gangster vibe going on. In episode 2 you are locked in Wonderland prison and must find a way to escape, getting the help of mob boss Mad Hatter along the way. Episode 3 goes even further into gangster territory being set in a large city that has you infiltrating an exclusive night club in the search for the cross dressing Queen of Hearts.

The first episode was really good, atmospheric and genuinely creepy (as I guess being stuck in a pit with a corpse would be). It is disappointing then that the additional two episodes ruin this with a boring, generic gangster style plot. Episodes 2 and 3 fit together well but feel far separated from episode 1 almost as if the designer decided to change the tone of the game on a whim. 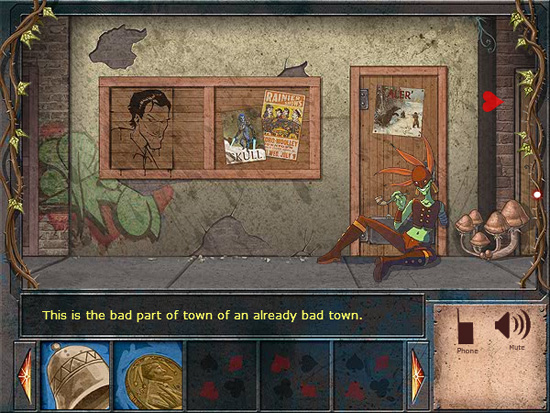 Alice is Dead features quite a few puzzles such as discovering passwords and codes as well as opening locked doors but there is nothing too taxing. A good start let down by two distinctly average sequels. I would suggest playing Episode 1 but would leave it at that if I were you.

Posted by Daniel Simmonds at 11:44