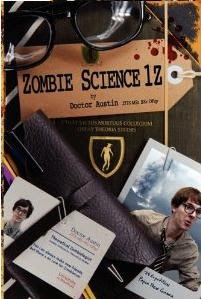 There are quite a lot of zombie books out nowadays, people may complain of over saturation but I think there can never be too much of a good thing, and zombies (though rotten and smelly) are a good thing!  There seems to be two different sort of zombie books; those that tell stories and those that profess to offer knowledge for use in the event of a real life zombie apocalypse.  Zombie Science 1Z falls into the later category but rather than the usual survival guide this incorporates real medical knowledge to predict just what an actual zombie apocalypse could entail.

Zombie Science 1Z is set out as a University course book.  It is made up of 3 modules that culminates with an online exam to be completed (found on Dr Austin's ace website Zombie Science 1Z).  As a side note I did the exam but fear I have not done too well on it!

Module One is about the Zombieism condition.  This module examines the traditional symptoms of zombies as seen in films and books.  Using medical knowledge Dr Austin goes into detail on these symptoms explaining how they would appear in real life, applying known conditions and diseases to explain what could be going on inside a zombie.  The section on the 5 stages of decomposition was quite disgusting but also really interesting, it was during Module one that the book really started to grip me. 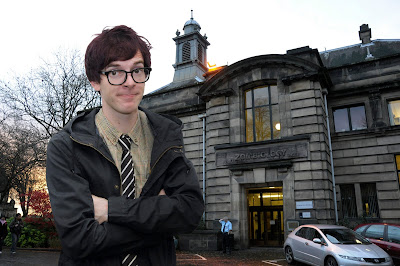 Module Two is about the possible causes of a zombie outbreak.  Various types are looked at such as radiation, a virus, Nano-bots etc and reasons are provided why these various types would be unlikely to cause a zombie infection.  In this module the most likely cause is highlighted and discussed.

Module Three is about preventing and curing Zombieism.  I completely expected the usual survival guide at this point but Dr Austin went against everything I thought with his almost anti violence stance.  Rather than feel cheated though everything he says is explained with the magic of Science.  It makes sense with the logical and medical facts he provides such as any sort of noise attracting zombies due to the dulling of their other senses.

The cover is not that great, but it did grow on me, you don't always need heavy depictions of zombies on a book about zombies! Also there are quite a few grammatical and spelling errors which I am sure can be cleaned up in future editions but overall Zombie Science 1Z succeeds in that humour and medical  knowledge are mixed together so well.  It is consistently funny, often in subtle ways, it uses a broad mix of pop culture, film references and amusing excerpts from experiments and studies to keep the reader entertained even when Dr Austin is going into detail about various areas of the brain and the effects of virus's and Prions on them.  Without the humour the book would be a far drier affair.  The science is kept to a very basic level so that even idiots like me could understand what he was saying.  He obviously knows his stuff and so seems qualified to reveal the likely true way zombies could ever exist in our World.

Being set out like a course booklet gave Zombie Science 1Z a unique feel and the book was addictive.  Recommended reading for any budding zombie survivalists!

Posted by Daniel Simmonds at 03:50